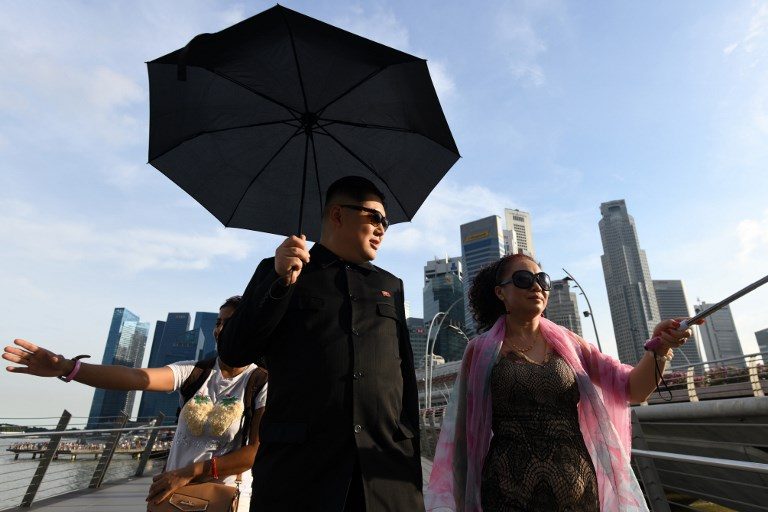 SINGAPORE – As the world awaits whether the landmark summit between United States President Donald Trump and North Korean leader Kim Jong-un will push through as scheduled on June 12, the excitement is building up in this city-state.

Among those riding the frenzy is Kim’s impersonator Howard X, who arrived in Singapore on Sunday, May 27, to pose at tourist attractions ahead of the historic summit.

“If the summit is going to happen, I’m going to guarantee it won’t just be me. Donald Trump, my good friend Dennis Alan (Trump impersonator), is going to be here as well. And we’ll be here satirizing the whole situation,” said Howard.

As of Sunday, Trump said on Twitter: “I truly believe North Korea has brilliant potential and will be a great economic and financial Nation one day.”

“Kim Jong-un agrees with me on this. It will happen!” Trump said, confirming that a US team “has arrived in North Korea to make arrangements for the summit” between himself and North Korean leader.

Replying to reporters at the White House on Saturday, May 26, Trump said: “It’s moving along very nicely. We’re looking at June 12 in Singapore. That hasn’t changed.” – Rappler.com