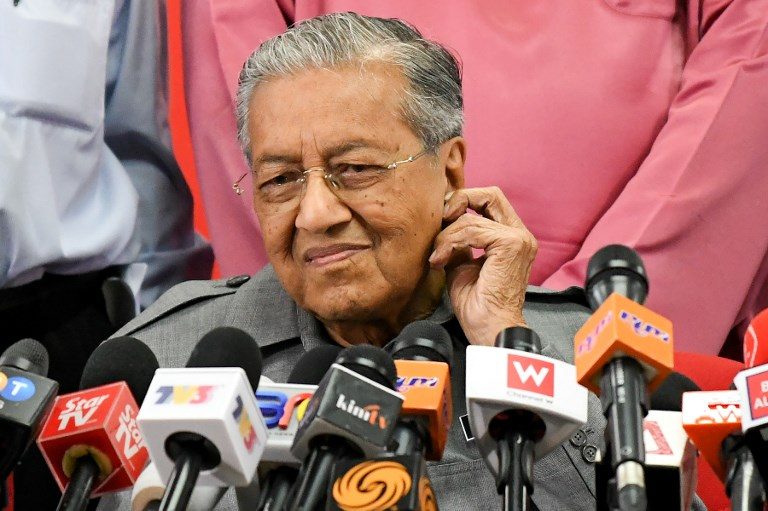 KUALA LUMPUR, Malaysia – Malaysia is seeking the arrest of a financier at the center of a massive financial scandal that helped topple the corruption-plagued former regime, Prime Minister Mahathir Mohamad said Friday, June 8.

Mahathir’s comments came after local media reported that anti-corruption authorities had issued an arrest warrant for Jho Low, accused of being a key figure in the scandal surrounding sovereign wealth fund 1MDB.

Low, a flamboyant playboy known for partying with Hollywood A-listers, is a close associate of toppled prime minister Najib Razak and allegedly conspired with him to loot the investment vehicle.

Public disgust over claims that the former leader and his cronies looted 1MDB was a major factor in the shock election loss last month of Najib’s long-ruling coalition.

Mahathir told a press conference that authorities were “trying to arrest Jho Low but he is not in the country”.

Low – full name Low Taek Jho – was being investigated for his involvement in 1MDB and “it is on those grounds that he’ll be arrested,” Mahathir said.

The financier’s current whereabouts are unclear. He was believed to have been sailing around Asia on a luxury yacht allegedly bought with stolen 1MDB cash before it was seized off the Indonesian holiday island of Bali in February.

The comments by 92-year-old Mahathir, in his second stint as premier after making a political comeback to oust Najib, were the latest sign that the net is closing on Low since the old regime was ousted from power.

The Malaysian Anti-Corruption Commission said Thursday it was seeking Low’s assistance as they probe a former unit of 1MDB, and reports emerged later the agency had issued an arrest warrant for him.

Low’s spokesman has said he will assist the commission.

The 36-year-old held no official positions at 1MDB but is believed to have exerted great influence over the fund.

The US Justice Department alleges he funnelled vast sums of money from 1MDB to the United States, and used it to buy everything from rare art to high-end real estate. Low has previously denied any wrongdoing. – Rappler.com