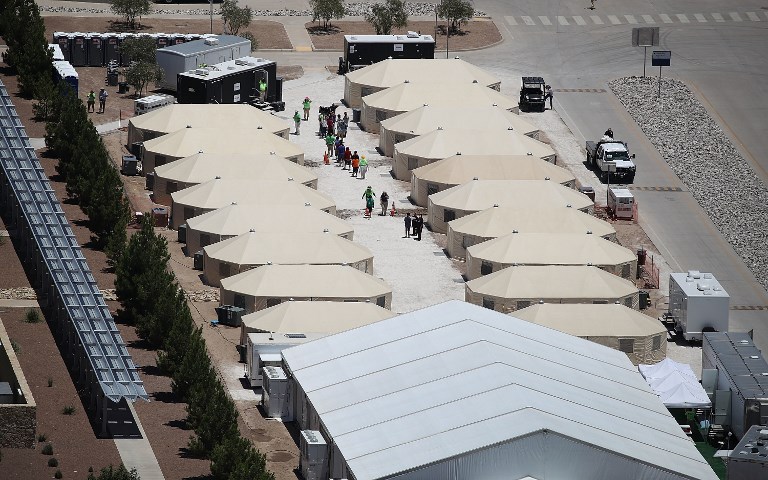 CHICAGO, USA – More than a dozen shelters where the US government sent migrant children have a history of allegations of misconduct and violations of care standards, according to a report published Wednesday, June 20.

The joint investigation by the Texas Tribune news website and The Center for Investigative Reporting came on the same day that US President Donald Trump reversed a tough policy and ordered an end to separation of migrant children from their parents on the US border.

His backtracking followed domestic and international outrage at the policy.

The new report cited government and other reports for accusations of physical and sexual abuse, and violations of standards for children’s safety and care.

Texas state inspectors cited violations including a lack of medical attention to injuries and illness, and mistakes in administering medication, the report says.

More than 70 private entities – mostly religious and nonprofit groups – are contracted with the Office of Refugee Resettlement (ORR) to take care of migrant children, according to the report.

These are children who arrived in the US without parents, or who were separated from parents by immigration authorities.

Since 2014, 13 shelter operators have faced serious complaints, according to the Tribune report, but only two have lost their contracts with ORR.

The accusations of violations and misconduct dated as far back as two decades – before the ORR contracted with the shelters – and as recently as last month.

Among the offender companies identified was Southwest Key Programs of Texas.

It operates the converted Walmart supermarket, called Casa Padre, which has been featured by much of the US media in the last few days as holding about 1,500 immigrant children under the Trump administration’s “zero tolerance” policy.

The report says Texas inspectors found 246 violations at the company’s other facilities, including shampoo dispensers filled with hand sanitizer.

In a statement, the company said deficiencies were found in less than one percent of the standards for which it is evaluated.

“When called for, staff have been terminated or retrained as we continue to strive for excellence in the services we provide to the children entrusted to our care.”

Another Texas-based company, International Educational Services, was one of the two shelter operators whose ORR contracts were not renewed.

It had been cited with more than 100 deficiencies at nine facilities, including “inappropriate sexual contact between staff and children, harsh punishment and lapses in medical care,” the report said.

The ORR did not respond to a request for comment. – Rappler.com