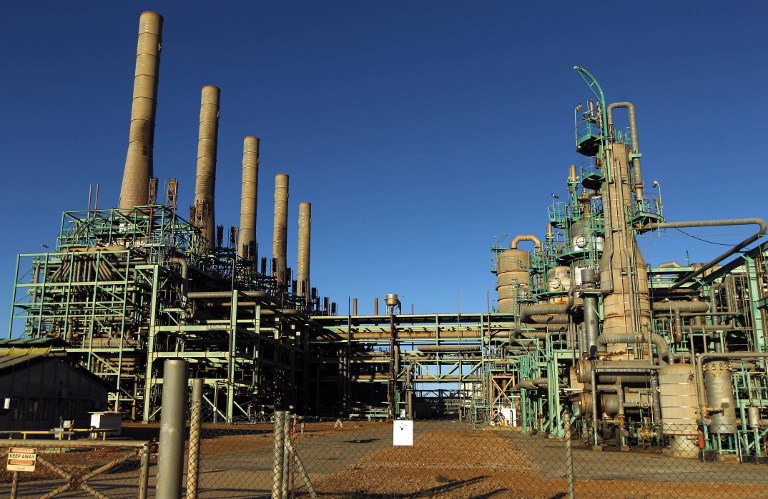 BENGHAZI, Libya –  A force led by Libyan military strongman Khalifa Haftar said Thursday, June 21, it had recaptured two key oil ports, a week after they were seized by a rival militia in a blow to crucial exports.

Haftar on Thursday announced an offensive to recapture the terminals after a week of clashes that had damaged vital infrastructure and slashed crude output, the lifeblood of Libya’s economy.

The violence in coastal Libya’s oil crescent, some 650 kilometers (400 miles) east of Tripoli, has caused “catastrophic damage”, according to the National Oil Company.

Coming just weeks after rival Libyan leaders met in Paris and agreed to hold nationwide elections in December, the clashes have underscored how little the political push has affected the situation on the ground.

Libya has been wracked by conflict since the 2011 ouster and killing of longtime dictator Moamer Kadhafi in a NATO-backed uprising, with rival governments and militias competing for authority and control of key infrastructure, particularly oil facilities.

Haftar, addressing his forces in an audio message on Thursday, said that “zero hour has passed” to “crush the enemy”.

Haftar accused Jadhran of “allying with the devil” and called Thursday’s operation a “sacred invasion to cleanse the land and restore justice”.

Jadhran’s Petroleum Facilities Guard had for years controlled the terminals and blocked exports, but was forced out by the LNA in 2016.

Last week, Jadhran, whose Al-Magharba tribe hails from the region, said in a video that he had formed an alliance to retake the terminals.

The LNA, which is opposed to an internationally recognised government based in Tripoli, responded with “a major offensive” by ground and air forces to oust “the militias of Jadhran and his allies”.

Sources close to the LNA have reported that Jadhran joined forces with the Benghazi Defence Brigades, made up of Islamist fighters ousted from the main eastern city by the LNA.

The US State Department on Wednesday condemned the assault by Jadhran’s forces and the “ongoing violence that has damaged Libya’s vital oil infrastructure and disrupted oil exports”.

Libya’s economy relies heavily on oil, with production at 1.6 million barrels per day under Kadhafi.

His ouster saw production fall to about 20 percent of that level, before recovering to more than one million bpd by the end of 2017.

The head of the National Oil Company told AFP on Wednesday that the violence had also hit natural gas output and had slashed oil production by nearly half.

Mustafa Sanalla said the clashes “will ultimately result in the loss of hundreds of millions of dollars in construction costs, and billions in lost sales opportunities”.

On Monday, the NOC said fires caused by the clashes had destroyed two crude tanks — reducing storage capacity at the Ras Lanuf terminal by 400,000 barrels. – Rappler.com