Jun 24, 2018 12:01 AM PHT
Agence France-Presse
Facebook Twitter Copy URL
Copied
France and Spain also declare support for the creation of closed reception centers where migrants would be held while their asylum claims are considered. 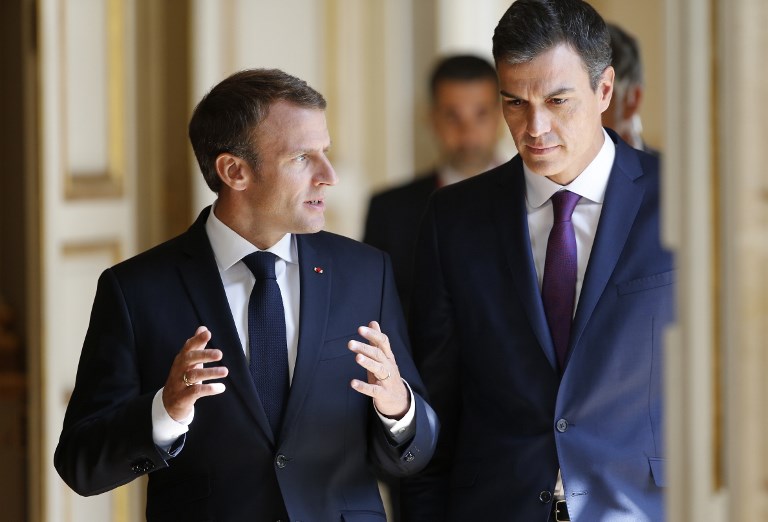 “We can not have countries that benefit hugely from EU solidarity and claim national self-interest when it comes to the issue of migrants,” he said at a press conference in Paris alongside Spain’s new Prime Minister Pedro Sanchez.

“I am in favor of sanctions being imposed in the event of no cooperation,” he said. (READ: Italy defiant as migrant ship stranded in Mediterranean)

On the eve of a mini-summit about the divisive migration issue, the two leaders also declared support for the creation of closed reception centers where migrants would be held while their asylum claims are considered.

The centers would be set up near to where migrants often arrive first in Europe.

“Once on European soil, we are in favor of setting up closed centers in accordance with the UNHCR (United Nations High Commissioner for Refugees)… so that each country takes people who are entitled to asylum in an organized way,” Macron said.

There are currently no closed migrant centers where applications are processed, with the exception of a few cases in Greece and Italy managed by the UNHCR.

For migrants not entitled to asylum, they should be returned directly to their country of origin and not via other countries, Macron added. – Rappler.com