‘Because I can:’ ride-hailing app welcomes Saudi women drivers 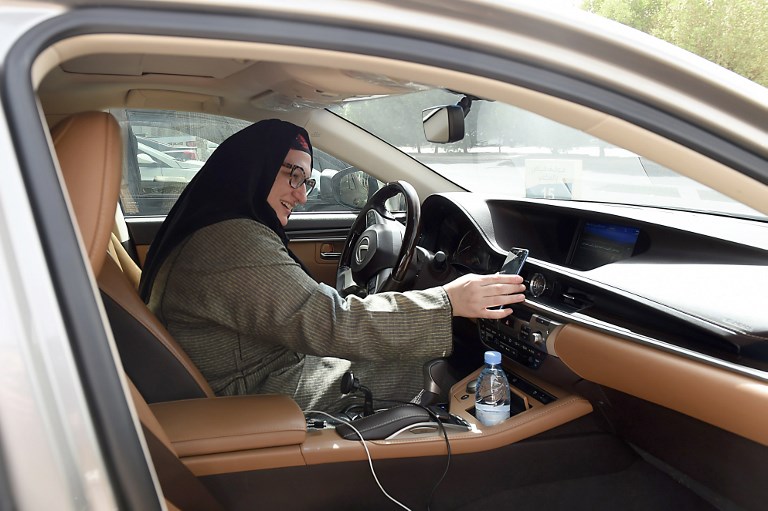 RIYADH, Saudi Arabia –  Reem Farahat waited for a ride request. Her phone pinged. “I’ve already cried twice,” she said, heading out to work as one of Saudi Arabia’s first female drivers for Careem.

The Dubai-based ride-hailing app, along with global behemoth Uber, reacted to Saudi King Salman’s September announcement of an end to the kingdom’s ban on female motorists by saying it would hire women in the conservative kingdom.

On Sunday, when the king’s decree took effect, nearly a dozen Careem “captainahs” — all Saudi women – were ready to pick up riders.

“This morning, when I got in the car, I felt the tears coming,” Reem said as she stocked her car with chilled water bottles for her riders.

“I pulled the car over and cried. I could not believe that we now drive… It’s a dream. I thought it would be totally normal, I’d just get in the car and go. I was surprised by my own reaction.”

She took a long pause.

“I didn’t expect it,” she said. “I’m doing this because I can. Because someone has to start.”

Seventy percent of Careem’s customers in Saudi Arabia are women, according to company statistics, a figure largely attributable to the kingdom’s now-obsolete ban on women driving.

At Careem’s offices on Sunday, staff gathered to celebrate the women’s first day on the job.

“This is my first ride. I’m excited. I’m excited to know who I’m picking up, what their reaction is going to be,” she said.

The driver – who also works with her father as a quality control consultant, is training in life coaching, and scuba dives with her sister off the Red Sea city of Jeddah – picked up Leila Ashry from a local cafe.

Walking towards the car, Leila spotted Reem, did a little jump of joy on the sidewalk, and was already chatting as she opened the door.

Some 2,000 women have signed up to get their Careem licenses since September, said Abdulla Elyas, co-founder and CPO – “chief people officer” – of the ride-hailing app. They are all Saudi women, from their 20s to their 50s.

Uber also plans to introduce women drivers to their service this autumn.

Most of those who had been licensed by Sunday, like Reem, had permits from foreign countries, enabling them to skip driving courses and take the final exam for a Saudi license.

The “captainahs” can pick up any customer, man or woman.

Both the driver and rider have the right to end the ride at any point.

Leila, a young medical student with a pixie cut and bright smile, says she would still choose a woman.

“This automatically feels a lot safer… being a female and dealing with sexism on a day-to-day basis. There’s just something about it that feels wonderful. But it’s not only that. It’s also women joining the workforce,” she said.

Sitting in the front passenger seat, she recalled previous rides with male drivers.

“Before, sometimes they would stare at me from the mirror,” she said.

“It’s just like that thing we share with women, where we just automatically understand what it’s like to be in that position where you feel their eyes on you but you can’t say anything, you can’t do anything against it.”

She turned to chat to Reem, and sang a riff from a West Side Story tune before saying: “If you can do it, then I can do it.”

“See? That’s what I was talking about,” Reem said. “It’s that ripple effect.” – Rappler.com