Prince William arrives in Israel as part of regional tour 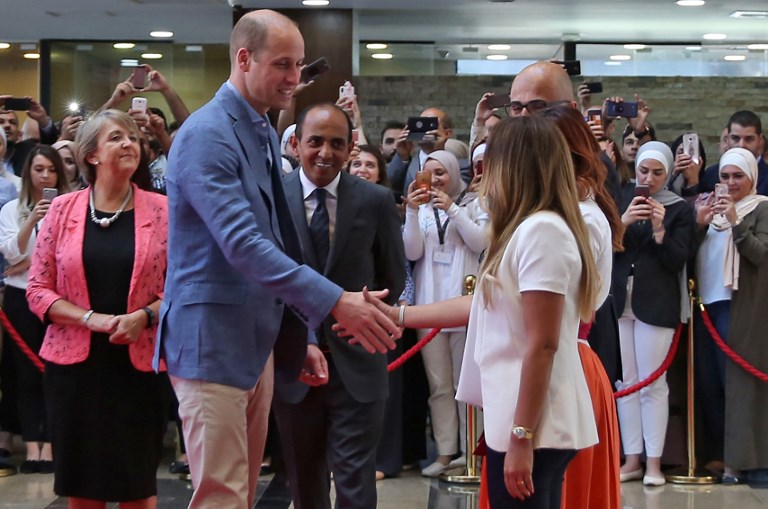 TEL AVIV, Israel – Britain’s Prince William arrived in Israel on Monday, June 25, the first member of the royal family to make an official visit to Israel and the Palestinian territories.

Prince William’s plane from Jordan landed on the tarmac at Ben Gurion Airport between Tel Aviv and Jerusalem around 6 pm.

William, second in line to the British throne, arrived without his wife Kate, the Duchess of Cambridge, who gave birth to their third child two months ago.

He will stay in Jerusalem at the King David Hotel, former headquarters of the British administration during the mandate in Palestine before the creation of the State of Israel in 1948.

On Tuesday, he is to lay a wreath at the Holocaust memorial Yad Vashem, before meeting separately with Prime Minister Benjamin Netanyahu and President Reuven Rivlin.

The following day he is scheduled to meet Palestinian president Mahmud Abbas in Ramallah in the occupied West Bank, before meeting Palestinian refugees and young people.

British officials say the tour, which also included Jordan, is heavily focussed on engaging with youth.

On Thursday, Prince William is to complete his stay by visiting historical and religious sites in Jerusalem.

Other members of the royal family, such as the Dukes of Gloucester or Kent, cousins ​​of the Queen, have made official visits to Israel in the past.

But none was as prominent as William and none had visited the Palestinian territories in an official capacity. – Rappler.com