Guatemala asks U.S. to help its migrants after volcano eruption 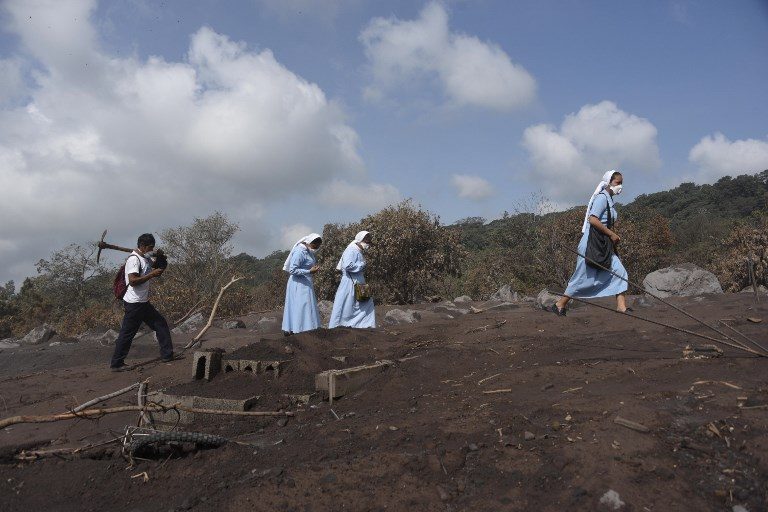 Facebook Twitter Copy URL
Copied
Officials have confirmed the deaths of 112 people as a result of the eruption on June 3, but scores more people remain unaccounted for

GUATEMALA CITY, Guatemala – Guatemala Monday, June 25, asked the US government to give its migrants Temporary Protected Status after the devastating Fuego volcano eruption.

Officials have confirmed the deaths of 112 people as a result of the eruption on June 3, but scores more people remain unaccounted for.

“I have instructed the Minister of Foreign Affairs to request immediately from the government of the United States of America, Temporary Protected Status (TPS)” for migrants from Guatemala, President Jimmy Morales said on Twitter.

Foreign Minister Sandra Jovel said later that she sent a note to President Donald Trump’s administration making the request “in favor of our migrant brothers.”

The goal is “to benefit (undocumented) nationals who live … in the United States with a work permit to avoid their deportation,” she added.

The volcano, 35 kilometers (about 22 miles) southwest of the capital, sent an avalanche of burning volcanic material over the San Miguel Los Lotes community in the south of the country.

Guatemala made its bid for TPS after Washington recently announced it was cancelling the benefit for El Salvador and Honduras as of 2019 and 2020, respectively.

TPS, which grants temporary residence and work benefits to immigrants, was granted to Salvadorans after two earthquakes that devastated much of the country in January and February 2001. Honduras has had it for years after a hurricane.

The  estimates that about 1.5 million Guatemalans live in the United States and only between 300,000 and 400,000 have legal residence. – Rappler.com