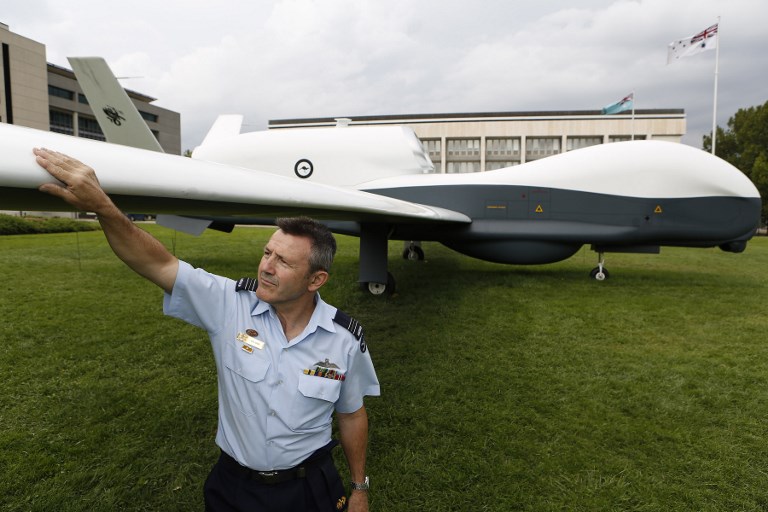 SYDNEY, Australia – Australia will invest $5.2 billion to develop and buy high-tech US drones for joint military operations and to monitor waters including the South China Sea, it said Tuesday.

Canberra has been embarking on its largest peacetime naval investment through a massive shipbuilding strategy that includes new submarines, offshore patrol vessels and frigates to shore up its defence capabilities.

As part of this, the government will spend $1.04 billion to buy the first of six MQ-4C Triton maritime surveillance drones, with the aircraft to enter service from mid-2023, complementing seven P-8A Poseidon planes currently in use.

“Together these aircraft will significantly enhance our anti-submarine warfare and maritime strike capability, as well as our search and rescue capability,” Prime Minister Malcolm Turnbull said in a statement.

“This investment will protect our borders and make our region more secure.”

The drones – high-altitude, long endurance aircraft that can support missions for up to 24 hours and provide a 360-degree view of their surroundings for over 2,000 nautical miles – will replace the AP-3C Orion spy plane.

“It gives us enormous capabilities in surveillance and reconnaissance,” Defence Industry Minister Christopher Pyne told Sky News, adding that the total cost was about $5.18 billion.

“Australia’s responsible for about 10 percent of the world’s surface into the Indian Ocean, the Pacific, down to Antarctica up into the South China Sea.”

Pyne added that the drones would be used to monitor who was in Australian waters, other countries’ naval vessels, for people-smuggling and illegal fishing.

The unmanned systems would also continue Australia’s surveillance of the South China Sea, he added.

“Australia insists on its rights to be able to travel through the South China Sea, in international waters as we have always done, whether it is with surface ships or aircraft,” Pyne said.

China claims sovereignty over virtually all the resource-endowed South China Sea, despite rival claims from its Southeast Asian neighbors.

The Australian navy has already conducted joint exercises in the South China Sea with other nations, including the US. – Rappler.com