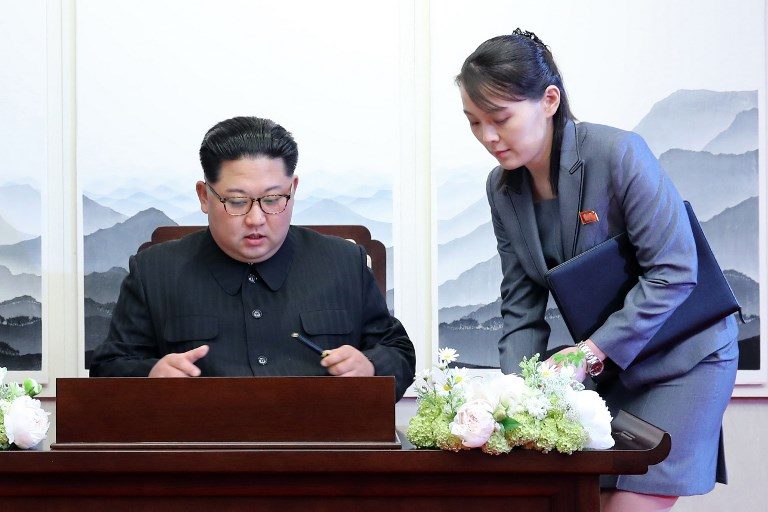 SEOUL, South Korea (UPDATED) – North Korea is carrying out rapid improvements to its nuclear research facility, a monitor said on Wednesday, June 27, despite declaring a commitment to denuclearization of the peninsula at the Singapore summit.

The nuclear-armed North’s leader Kim Jong-un promised to “work toward” the goal at a landmark summit in the city-state earlier this month with US President Donald Trump.

But the Singapore meeting failed to clearly define denuclearization or produce a specific timeline towards dismantling the North’s atomic weapons arsenal.

Trump claimed the process would start quickly, saying last week that “It will be a total denuclearization, which is already taking place.”

But recent satellite imagery showed that not only were operations continuing at present at the North’s main Yongbyon nuclear site, it was also carrying out infrastructure works, said the respected 38 North website.

“Commercial satellite imagery from June 21 indicates that improvements to the infrastructure at… Yongbyon Nuclear Scientific Research Center are continuing at a rapid pace,” it said.

It noted “continued operations” at the North’s uranium enrichment plant and several new installations at the site – including an engineering office and a driveway to a building housing a nuclear reactor.

But continued operations at the site “should not be seen as having any relationship with North Korea’s pledge to denuclearize”, it added.

Nuclear officials could be “expected to proceed with business as usual until specific orders are issued from Pyongyang”, it said.

The North last month blew up its aged but only nuclear test site at Punggye-ri – where it had staged six atomic tests – in a show of goodwill before the summit.

But Pyongyang has kept its counsel on the denuclearization issue since the meeting, although state media have dialled down propaganda against the US, long dubbed the “imperialist enemy.”

US Secretary of State Mike Pompeo has been pushing for more follow-up talks to flesh out details over denuclearisation but no date has been set for when they would take place.

Shortly after the summit with Kim, Trump declared that there was “no longer a Nuclear Threat from North Korea”.

But highlighting the apparent gap between Trump’s rhetoric and the facts on the ground, his administration on Friday extended decade-old sanctions against Kim’s regime, citing the “extraordinary threat” from the North’s nuclear arsenal.

Trump also ruffled feathers by abruptly announcing a halt to joint military drills with the ally the South after the Singapore summit, calling the exercises “provocative” to the North and “very expensive”.

It took the Pentagon several hours to confirm the surprise decision, and the drills were only officially cancelled two weeks after the summit.

Now the US Defense Secretary James Mattis is set to visit Seoul on Thursday to discuss the issue with his South Korean counterpart.

Mattis, currently on his first-ever trip to China, will fly to Japan after visiting Seoul as part of his Asian tour. – Rappler.com