Developed and displaced in Southeast Asia

Jun 30, 2018 8:30 AM PHT
Johanna Son
Facebook Twitter Copy URL
Copied
The examples of displacement and their continuing impacts are a reminder that Southeast Asia's model of development, anchored on physical infrastructure projects and the exploitation of natural resources, has not changed very much 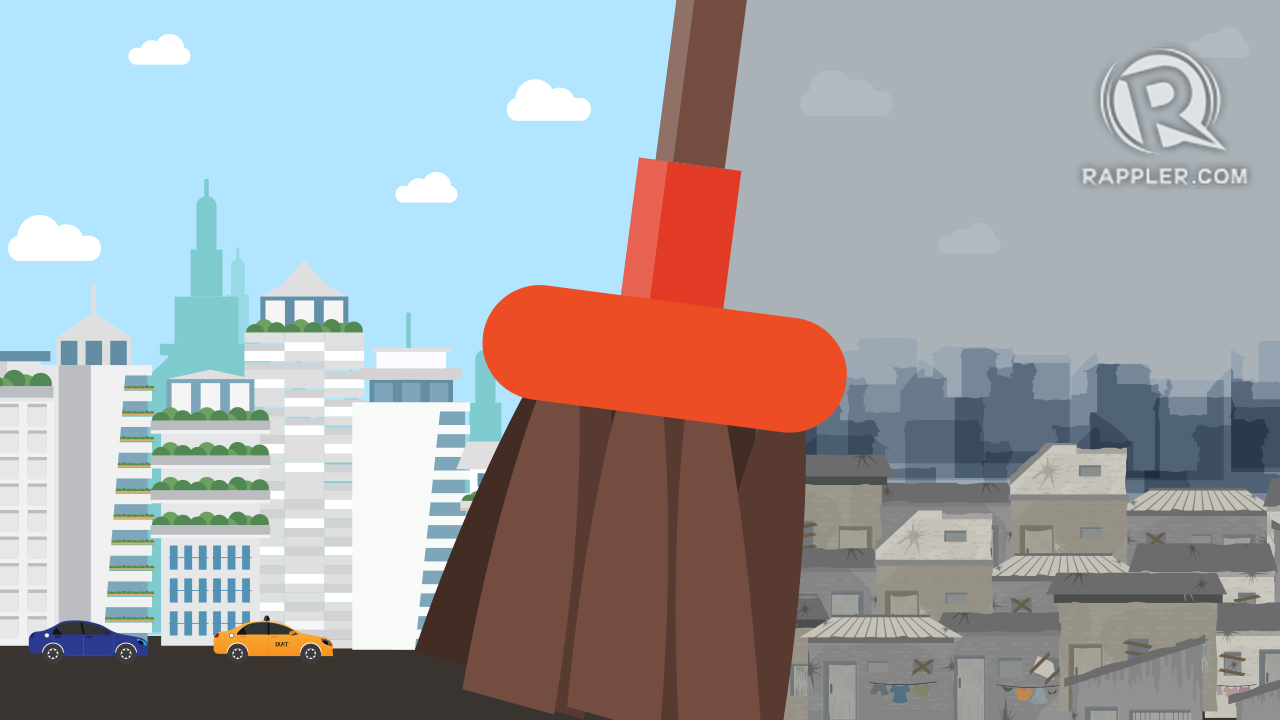 If these sound like scenes from two to 4 decades ago – well, they are. They are still happening today in Southeast Asia, long after the television cameras have packed up and newspaper headlines about many of them have faded away.

Not too long ago, in the ’90s and onward, there was burning debate about models of development and ways to tame globalization, attempts to redefine development beyond GDP figures to include equity, reduction of income gaps, the concept of human development and a better balancing of benefits. The term “sustainable development” became a buzzword at that time. It has actually found its way back into today’s development language.

But the examples of displacement and their continuing impacts are a reminder that Southeast Asia’s model of development, anchored on physical infrastructure projects and the exploitation of natural resources, has not changed very much.

“Yes, we are still in the same development model,” said Nur Hidayati, executive director of the Indonesian environmental group WALHI. “I think (in) a lot of the global forums, there is also a lot of debate on whether economic growth is still valid as the indicator of [the] progress of society. We need to find something that are beyond these things.”

While alternatives such as Bhutan’s Gross Happiness Index or the United Nations’ Human Development Index have been discussed and used, “they are not yet mainstreamed,” she told a June discussion called “Chased by Development” here, organized by SEA Junction. “Economic growth is still the main indicator of the health of the economy and if you talk about economic growth, it means, simply, exports minus imports.”

This, she continued, is why countries like Indonesia, dependent on generating growth from extractive industries and natural resources, find it hard to shift to, say, a focus on the services sector.

“Development means different things,” said Kanokwan Manorom, a professor at Thailand’s Ubon Ratchathani University who has studied the impact of dam projects in Thailand and the Mekong countries.

“From the government perspective, it means progress, growth, prosperity. For them, it means to reduce poverty. But for the local people, they do not need dams. They would just like to have something  they can count on [for a living], just as resources, aquatic resources. Development [for them] means something that can sustain their livelihoods.”

In the Philippines, the practice of involuntary resettlement of residents to make way for the construction of transport infrastructure has repeatedly failed, but continues to be done today, said Melissa Quetulio-Navarra, head of the relocation and resettlement monitoring and development division at the government’s Presidential Commission for the Urban Poor (PCUP).

“It’s really frustrating because up to now, since the ’70s, resettlement programs have used the traditional approach,” explained Navarra. “Social justice in resettlement is still elusive.”

This traditional approach consists of the government moving residents, usually from the capital Metro Manila, a megacity of more than 13 million, to areas 30 to 50 kilometers away, where there are often little basic services such as electricity, sanitation or education. While the government provides mass housing, displacement assistance and low-interest loans payable over 30 years, would-be residents have little inputs in these.

Resettlement studies by the Philippine government itself show that the attrition rate – the selling or abandonment of occupancy rights – stands at a high 40%. Navarra added that there are 15,000 unoccupied housing units in the 18 resettlement sites that are being monitored by the government.

“There is not one case that you can find where it (off-city relocation) has worked,” Navarra pointed out. “Some people, they have been relocated from danger zones to death zones.”

The question is whether the Philippine government can learn from past experience to find ways to make resettlement more community-friendly through concepts such as the “people’s plan approach,” that Navarra said, the PCUP is pushing for. This entails a lot of community organizing so that the high-density housing projects that resettlement typically includes are more habitable and are set up with “due diligence with a social lens,” she said. (READ: Informal settlers: Integration, not just relocation)

At present, Navarra said, some 522,000 urban poor residents who live in informal settlements are to be displaced by right-of-way clearing as part of ambitious infrastructure plans around railways, bridges, and roads under the “Build, Build, Build” program of President Rodrigo Duterte from 2017 to 2022.

The rehabilitation of railways under the Southrails Project, aimed at easing massive transportation woes, is expected to lead to the resettlement of 100,000 informal settlers who live less than 15 kilometers from railway tracks.

“We are now facing this big nagging question: is transformable resettlement possible for these informal settlement families?” asked Navarra, who is also national project manager for the Southrails Project of the Philippines’ transportation department.

Resettlement – and much more – were also at the core of two of the most high-profile examples of the disruptive effects of development in the ’90s: the Pak Mun Dam in Thailand and the Nam Theun 2 hydroelectric dam in the Lao People’s Democratic Republic. The Pak Mun dam in northeastern Thailand was completed in 1994, while the Nam Theun 2 in Khammoun province, central Laos, started operating in 2010.

Today, these cases, both involving World Bank funds, may sound like examples from bygone days. As of December 2017, in fact, the Bank said it had concluded its environmental and social project aimed at managing the impacts of the $1.2 billion Nam Theun 2 project.

But the stories behind dam projects in the region are far from complete, or over.

More than two decades since the Pak Mun dam was built, Kanokwan said the communities – whose access to fish and other resources was undermined by the construction of the run-of-the-river dam off the Mun River – continue to protest the project’s impacts. Twenty five years, she pointed out, means 15 Thai prime ministers and 17 governments later.

“After 24 years, the problems are still there,” she explained. Since the early days, the villagers have been trying to have the dam’s gates open to allow fish, which they depend on for a living, to pass through. “The government is trying to open the gates 4 months [in a year] to allow fish from the Mekong River to [get to] the Mun River,” she said.

“They (communities) are not against the dams in the sense of development growth, but they are against the dam because the dam damaged their livelihoods,” Kanokwan said. At one point, local villagers occupied the Pak Mun dam site in protest.

Today, there is a lot less publicity about the Nam Theun 2 dam. The World Bank called it an example of sustainable hydropower built after “over a decade of consultation and planning,” but civil society called it an environmental and social debacle.

Among the problems after the Nam Thuen 2’s construction, Kanokwan explained, are the flooding of the farmlands of downstream communities and the forced relocation of ethnic groups to higher ground and far away from the Theun River.

Looking back, the old, difficult question remains: How can “sustainable resettlement” be undertaken in development projects?

Over in Indonesia, land conversion for export crops like palm oil and the parceling of land into concessions to private companies – many of them from neighboring Malaysia and Singapore – has worrisome impacts not only on the environment, but on the social fabric, WALHI’s Hidayati explained.

“There has not even been resettlement,” she pointed out. In many cases, she said, land is being grabbed from communities without compensation.

Palm oil, Indonesia’s biggest export in non-gas commodities, plays a key factor in many of these conflicts given that much of the conversion has been to make way for cultivating this profitable product. From 2008 to 2018, the area planted to palm oil in Indonesia doubled to 15.7 million hectares, said Hidayati, citing figures from the country’s anti-graft commission.

“There is a lack of recognition of community rights over land and resources,” she said, especially in Indonesia’s export-oriented growth.

While the development model in Southeast Asia has remained largely the same over the decades, other major players have come into the scene when it comes to development projects.

In the past, most of the focus was on the role of financial institutions like the World Bank and the Asian Development Bank (ADB) in major infrastructure projects. But over the decades, Southeast Asia has seen a much larger role by private companies, including those going into cross-border investments as integration deepens in the ASEAN Community.

In more recent years, too, China’s economic footprint, through its investments and aid, has become bigger as it projects its soft power. Unlike international financial institutions, China’s funds come with less conditionalities and assessments of social and environmental impacts.

Researcher Allan Beesey, who has looked into the impact of development projects in the region, believes that despite problems, international development finance institutions remain the safer bet because they have at least developed more monitoring systems over the decades.

“Our best bet is to stick to the ADB and World Bank that have put a lot of work on safeguards,” he said. “But they are still trying to get it right.” – Rappler.com

Johanna Son is the Bangkok-based editor of the Reporting ASEAN program. This feature is part of SEA Junction and the TIFA Foundation’s series on the “displaced and uprooted” in Southeast Asia.