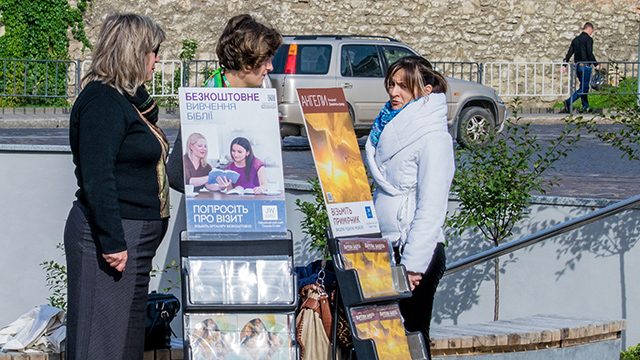 After a wave of raids, 18 men are being held pre-trial detention on charges of links to what the authorities brand an “extremist organization”, the global rights group said in a statement.

Several other suspects are under house arrest or other restrictions, it added.

HRW urged authorities on grounds of religious freedom to drop the charges, which carry a sentence of up to 10 years in jail.

“Law enforcement authorities across Russia have carried out a sweeping campaign against Jehovah’s Witnesses in recent months,” the watchdog said.

It cited testimony from lawyers and a representative of the Jehovah’s Witnesses as well as official documents.

“The authorities have carried out dozens of home searches, raids, interrogations, and other acts of harassment and persecution.”

Russia is a predominantly Orthodox Christian nation where the church has historically exercised great influence.

Jehovah’s Witnesses are a Christian denomination that originated in the United States in the late 19th century.

In 2010, the European Court of Human Rights ruled against Russian efforts to close the group down. But in 2017 Russia’s Supreme Court banned Jehovah’s Witness groups throughout the country.

“Authorities should stop this religious persecution of its worshippers now.” – Rappler.com