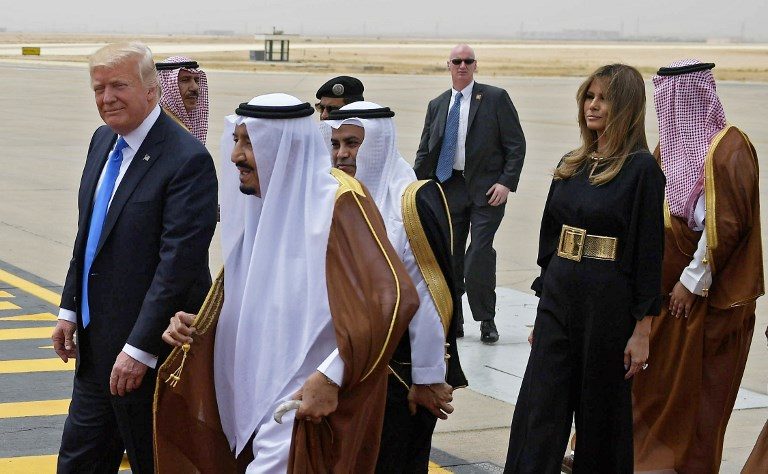 WASHINGTON DC, USA – US President Donald Trump said on Saturday, June 30 that Saudi Arabia’s King Salman had agreed to his request to ramp up oil production, a week after OPEC already announced an output rise.

“Just spoke to King Salman of Saudi Arabia and explained to him that, because of the turmoil & dysfunction in Iran and Venezuela, I am asking that Saudi Arabia increase oil production, maybe up to 2,000,000 barrels, to make up the difference,” Trump announced in an early morning tweet.

“Prices too high! He has agreed!”

Just spoke to King Salman of Saudi Arabia and explained to him that, because of the turmoil & disfunction in Iran and Venezuela, I am asking that Saudi Arabia increase oil production, maybe up to 2,000,000 barrels, to make up the difference…Prices to high! He has agreed!

Trump has repeatedly lashed out at OPEC on Twitter in recent months, piling pressure on Riyadh, a major ally, to boost output as he hopes for lower pump prices before midterm congressional elections in November.

His latest comments come a week after ministers from the Organization of the Petroleum Exporting Countries – of which Saudi Arabia is the major member – had already agreed to raise output from July.

Non-OPEC member Russia on June 23 also backed the effort, capping a week of tense diplomacy for the grouping that averted a damaging rift between arch foes Iran and Saudi Arabia.

The ministers announced they would ramp up oil production by around one million barrels a day from July.

“I think it will contribute significantly to meet the extra demand that we see coming in the second half,” Saudi Energy Minister Khalid al-Faleh told reporters at the time.

The talks had centered on whether to amend an 18-month-old supply-cut deal between OPEC members and allied countries, including Russia, that has cleared a global oil glut and lifted crude prices. (READ: OPEC sees ‘considerable uncertainty’ in oil market)

Saudi Arabia, backed by non-member Russia, had argued strongly in favor of increasing production as grumbles in major consumer countries like the United States, India and China have grown about high prices.

Iran opposed any changes to the original production-cut deal at a time when its oil industry is facing renewed sanctions over Trump’s decision to quit the international nuclear deal with Tehran.

In the end, both sides were able to save face.

But production constraints and geopolitical factors have seen several nations exceed their restriction quotas, keeping about 2.8 million barrels off the market, according to OPEC.

By agreeing to collectively raise output by a million barrels, member countries are simply committing to comply fully with the deal struck in late 2016.

Iran has accused Trump of trying to politicize OPEC and said it was US sanctions on Iran and Venezuela that had helped push up prices.

Saudi Arabia was producing more than 9.9 million barrels a day in May, according to OPEC, citing secondary sources. – Rappler.com