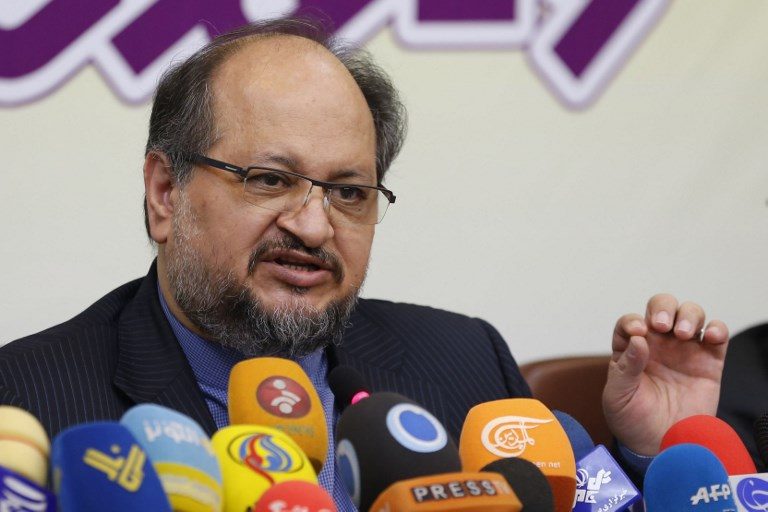 Facebook Twitter Copy URL
Copied
Sanctions on the automobile sector are set to be reinstated on August 6, following Washington's withdrawal from the 2015 nuclear deal

TEHRAN, Iran – Tehran on Saturday, June 30 urged foreign firms working in Iran to resist US “threats” of sanctions, adding it was in talks with French car makers about staying on in the country.

“All (foreign) companies working in Iran should not be intimidated by US threats and should continue their activities in Iran,” Industry Minister Mohammad Shariatmadari told a news conference in Tehran.

“All those who do not do this, we will replace them. There are others who will invest in Iran,” he said.

When asked specifically about the case of French vehicle manufacturers PSA – maker of Peugeot, Citroen and DS – and Renault, Shariatmadari said: “Until now, they have not told us that they are not continuing” their business in Iran.

“They are continuing their cooperation. So far, we are talking (with these groups) and there is nothing new,” he said.

US President Donald Trump announced on May 8 that Washington was withdrawing from the 2015 Iran nuclear deal, effectively starting a countdown for the reimposition of sanctions lifted under the accord.

Sanctions on the automobile sector are set to be reinstated on August 6.

PSA, through its automotive equipment subsidiary Faurecia, and Renault, through its alliance with Japanese manufacturer Nissan, could take a heavy hit from the reimposed penalties.

Between the two, Renault and PSA sell nearly half of all new cars registered in Iran.

With the deadline looming, the two French groups have adopted different communication strategies.

In early June, PSA announced it had “begun the process of suspending the activities of its joint ventures (in Iran) in order to comply with US law by August 6, 2018.”

The majority of company’s French employees in Iran have already left the country.

Renault, on the other hand, has ambiguously said it would not abandon its activities in Iran, but would “sharply reduce operations” in the country without endangering the company’s “interests”. – Rappler.com