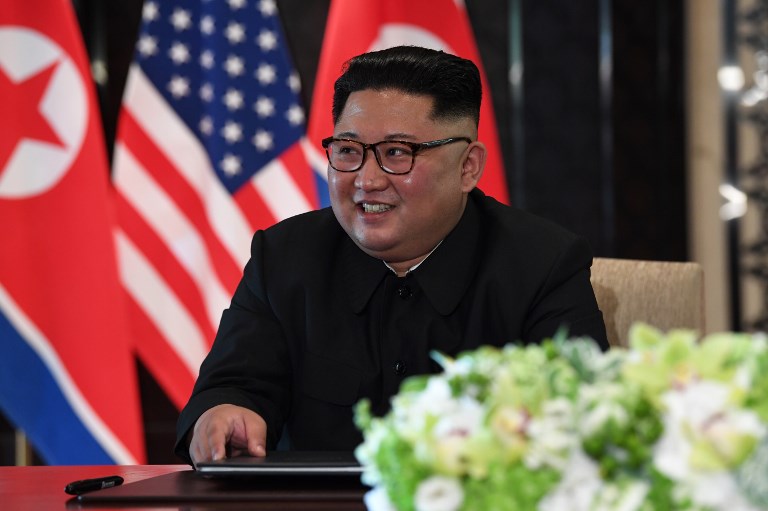 WASHINGTON, United States – North Korea intends to maintain some of its nuclear stockpile and production facilities while potentially concealing them from the United States, The Washington Post reported Saturday, June 30, citing US officials.

The assessment comes on the heels of a landmark meeting between the North’s leader Kim Jong Un and US President Donald Trump, who has since the June 12 summit in Singapore buoyantly declared “there is no longer a nuclear threat from North Korea.”

Evidence collected since the pair’s historic meeting points to secret production facilities and the development of methods to conceal weapons creation — implying Pyongyang is aiming to hide plans to continue its nuclear program from the US, having made contrary, if ambiguous, commitments to Washington.

The US network, citing intelligence officials, said North Korea’s regime was readying to “extract every concession” from the White House rather than giving up its atomic arsenal.

“There’s no evidence that they are decreasing stockpiles, or that they have stopped their production,” NBC quoted one US official as saying.

“There is absolutely unequivocal evidence that they are trying to deceive the US,” the official said, despite Pyongyang’s recent curtailment of missile and nuclear tests.

The only uranium enrichment spot North Korea has acknowledged publicly exists is Yongbyon — though reports of secret facilities have surfaced.

Experts have voiced fear that Washington may accept a lukewarm deal centered exclusively on Yongbyon that disregards known underground sites.

US Secretary of State Mike Pompeo has said he plans to meet with Kim to “flesh out” details of the nuclear disarmament promise, but has insisted the North Korean leader is serious. (READ: North Korea still building at nuclear site, says monitor)

“There’s a lot of work between here and there. My team is already doing it. I’ll likely travel back before too terribly long,” the top US diplomat said recently.

“We still need to flesh out all the things that underlay the commitments that were made that day in Singapore.”

US Defense Secretary James Mattis meanwhile has reassured key East Asian allies that the US commitment to Seoul is “ironclad” — despite Trump’s unilateral suspension of military exercises with South Korea and his lauding of Kim as a “talented guy.”