Jul 4, 2018 5:42 PM PHT
Agence France-Presse
Facebook Twitter Copy URL
Copied
'QT,' who entered into a civil partnership in Britain in 2011 and moved to Hong Kong with her partner the same year, is backed by major financial institutions in her fight for visa rights in the economic powerhouse 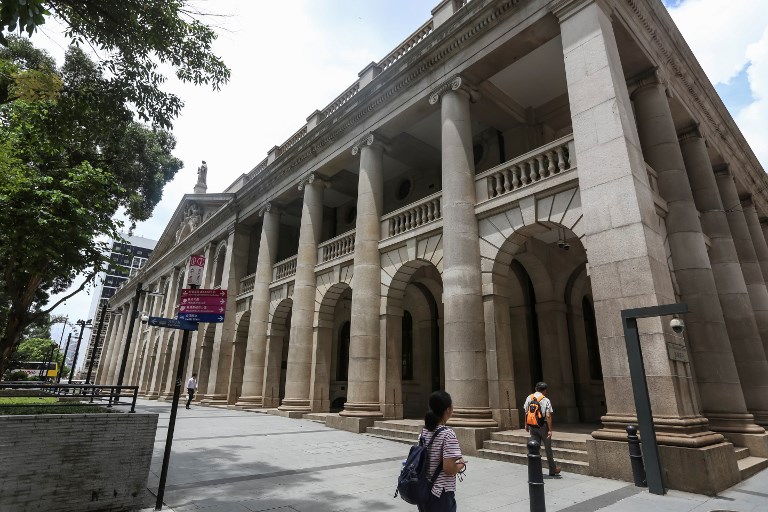 HONG KONG – A British lesbian won the right to live and work in Hong Kong with her partner in a landmark decision Wednesday by the top court in the city, where same-sex unions are not recognised.

“QT,” who entered into a civil partnership in Britain in 2011 and moved to Hong Kong with her partner the same year, was backed by major financial institutions in her fight for visa rights in the economic powerhouse.

She was denied a dependant visa when she moved to the city after her partner got a job there and was forced to stay on as a visitor without the right to work.

The Court of Final Appeal ended the protracted legal battle by ruling that it was “counter-productive” to only extend dependant work rights to straight couples.

“The ability to bring in dependants is an important issue for persons deciding whether to move to Hong Kong,” the court said.

It said employment visas are granted because someone “has the talent or skills deemed needed or desirable. Such a person could be straight or gay”.

“Hopefully it will pave the way to change” and to the recognition of same-sex marriage, QT’s lawyer Michael Vidler said.

“I was stunned,” a delighted QT told reporters by phone after the verdict. “I was like wow, have I actually done it, have we actually got there, finally?”

“And then I was tearful with joy… This is all I wanted for 7 years,” she said, adding the recognition of her relationship made her feel “relevant and valuable, more than anything”.

In an earlier statement delivered by her lawyer after the verdict, QT accused the government of treating her “like many thousands of other lesbian and gay people in Hong Kong, like a second class citizen because of my sexual orientation”.

In September last year she won her case at the Court of Appeal, which ruled immigration authorities had “failed to justify the indirect discrimination on account of sexual orientation that QT suffers”.

But that decision was challenged by the government and taken to the city’s highest court, in what critics said was a disappointing backwards step.

During the case, Dinah Rose, representing QT, argued the couple have a “public, registered” and legal bond which is not recognised in Hong Kong and are therefore “placed in a significant disadvantage” compared to straight couples.

David Pannick, representing the government, told the court “marriage creates a status” which in itself justified different treatment for same-sex couples and heterosexual couples.

“The LGBT community, with myself included, is elated today over the Court of Final Appeal’s judgement,” said Chan, a pro-democracy politician.

“(They) should not be burdened with going through laborious legal and political processes to seek the rights that they should already enjoy as human beings,” Chan added.

Amnesty International urged the government to “swiftly introduce comprehensive legislation against discrimination on the grounds of sexual orientation, gender identity or intersex status” in a statement following the verdict.

When the constitutional court in neighbouring Taiwan ruled in favour of allowing gay marriage last May, campaigners in socially conservative Hong Kong highlighted the city’s lack of progress on equality issues.

Hong Kong only decriminalised homosexuality in 1991 and while LGBT groups have become more prominent in the semi-autonomous Chinese city, conservative activists, many of them evangelical Christians, have also launched anti-rights campaigns.

Public libraries have recently hidden away LGBT-themed children’s books in request only closed-off areas after pressure from conservative campaigners, sparking outrage among the LGBT community and supporters.

However, there are other signs that attitudes are changing.

A study published by the centre for comparative and public law at the University of Hong Kong on Tuesday said 50.4% of people expressed support for same-sex marriage last year, up from 38% in 2013. – Rappler.com