U.S. envoy to work with Sudan to remove from ‘terror’ list 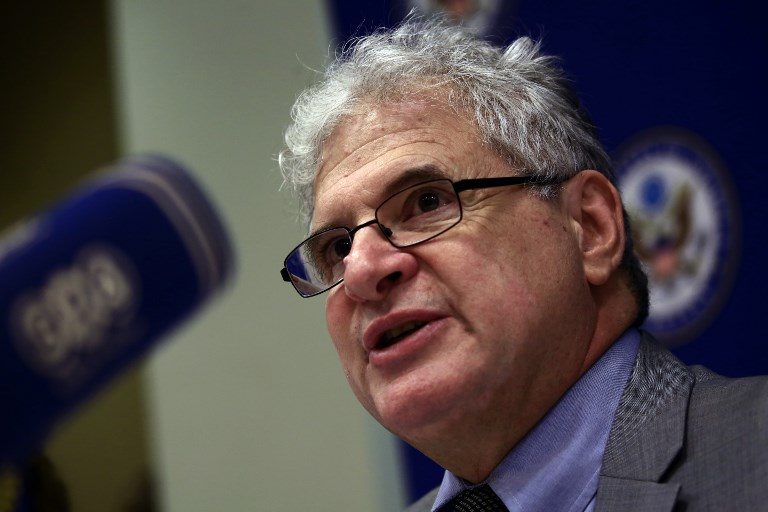 KHARTOUM, Sudan – The top US envoy in Sudan vowed Wednesday, July 4, to work with Khartoum in its efforts to be removed from Washington’s “terrorism” blacklist as he welcomed the African country’s decision to sever ties with North Korea.

In June, Sudan announced its defense firms had scrapped contracts with the Asian pariah state, acknowledging for the first time the existence of deals with heavily-sanctioned North Korea.

Washington has stepped up pressure on Sudan in recent months to cut all of its ties with Pyongyang, even though Khartoum has no official diplomatic relations with the country.

“North Korea is a paramount national security priority for the United States,” said US Charge D’Affaires in Khartoum, Steven Koutsis, in remarks marking the July 4 celebration at the embassy in the Sudanese capital.

“For this reason, we would like to emphasize our appreciation for actions taken by Sudan and all our allies and partners around the world who support our diplomatic and economic pressure on the North Korean regime.”

The US lifted its decades old trade embargo on Sudan in October but kept Khartoum in its “state sponsors of terrorism” list along with Iran, Syria and North Korea.

Sudanese officials say that having Khartoum on Washington’s blacklist makes international banks wary of doing business in Sudan and in turn hampers the country’s economic revival.

The Sudanese economy has been hit hard by surging inflation, high foreign debt of more than $50 billion, and the loss of oil earnings since the south split from the north in 2011.

“Many challenges remain. Most are for the Sudanese to resolve,” said Koutsis at the ceremony attended by Sudanese officials and foreign diplomats.

“But I cannot deny that as long as Sudan remains on the list of state sponsors of terrorism those challenges will be harder to overcome.”

“I pledge to you that this embassy will work with all its energy and focus to create the conditions for Sudan’s removal from the list.”

After decades of strained diplomatic relations, ties between Washington and Khartoum improved under the presidency of Barack Obama, later resulting in the lifting of sanctions by Donald Trump last year. – Rappler.com