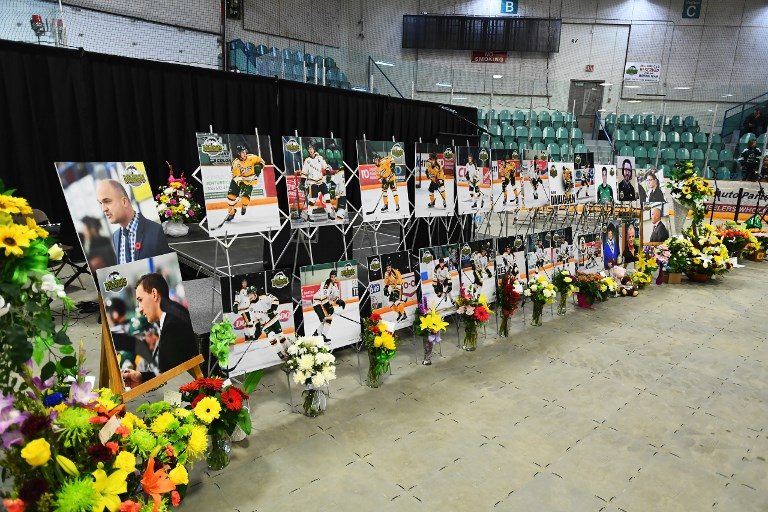 Sidhu was the only person involved in the crash to escape injury or death. He had initially been released after questioning, but was arrested early Friday at his home in Calgary, Williams said during a televised news conference.

He said Sidhu is expected to appear in provincial court in Saskatchewan next week.

Investigators said a meticulous reconstruction of the event – involving scores of officers, a drone and even a three-dimensional model of the crash scene – helped them determine Sidhu’s responsibility.

RCMP officers said the truck was exceeding the speed limit.

The semi-trailer Sidhu was driving, loaded with heavy bundles of peat moss, was heading west on the evening of April 6 when it collided at a rural intersection with the bus carrying the Humboldt Broncos team north to a playoff game in the town of Nipawin.

The force of the collision ripped open the bus and hurled its occupants across the frozen scene.

Of the 16 dead, 10 were hockey players aged 16 to 21. The other 6 included coaches, journalists and the bus driver.

The drama was keenly felt across Canada and elsewhere. National Hockey League teams there and in the US observed moments of silence in tribute to the victims. – Rappler.com