No rescue for Dakar’s homeless and mentally ill 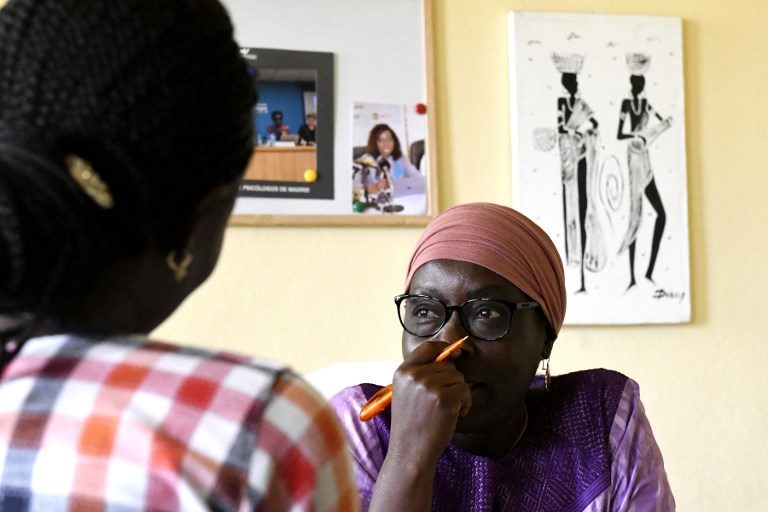 Facebook Twitter Copy URL
Copied
Papa Mamadou Diagne, a sociologist, writes, there are 'no official numbers' but 'the number of mentally-ill people on the streets of Dakar is on the rise'

DAKAR, Senegal – On Dakar’s sunny avenues, troubled souls wander aimlessly alongside busy traffic, often muttering to themselves, sometimes begging, as the rest of the city ignores them.

Clad in an electric-blue woolly hat and traditional white robes, looking deep in thought, a man walks around in circles across the Senegalese capital’s main square, day in, day out.

By the end of the afternoon, his sporadic, piercing howls have silenced the calls of street vendors offering residents newspapers, fake designer sunglasses and alarm clocks. Passers-by have stopped paying attention.

There are “no official numbers” of abandoned, mentally-ill Senegalese roaming the streets, Papa Mamadou Diagne, a sociologist who wrote an academic paper on the issue, told AFP.

But, he wrote, “the number of mentally-ill people on the streets of Dakar is on the rise.”

“Every morning they meet up, go through bins for food and then scatter across the capital, alone. For those who have a family, the lack of money is the main reason why the ill person is left on the street.”

There are only five settings in the country to address mental health problems, including two large psychiatric units in Dakar. In a country of 14 million, there are only 30 or so psychiatrists, says an expert.

Researchers in South Africa found three-quarters of mentally-ill people there failed to get help. In separate studies in Ethiopia and Nigeria, the figures rose to 90 percent.

Senegal is one of the region’s economic heavyweights and a hub for foreign investment and tourism. Yet a booming economy has not resulted in rising investment in mental health, as resources are inevitably concentrated on physical diseases such as malaria and HIV.

There are only 8 beds, all empty, in the green-walled building. Several women wait for a doctor, heads down.

Patients get to her “when local authorities, police or firefighters intervene with an internment order”, she says.

The most common disorders are schizophrenia, bipolar disorders and depression, according to Senegalese psychiatrist Jean Tine.

“We can feel some patients want to be here. Once they’re more stable, social workers look for their families because we don’t have enough space. But some parents don’t want them anymore, some wealthy families want to give us money to keep them in hospital,” according to Sylla.

Patients’ suffering is made worse by their families’ rejection, the female psychiatrist, who also heads the mental health division of the Senegalese ministry of health, told AFP.

Violence against this vulnerable group is rife.

“This morning, I found a man whose hands were tied with a rope” by his family, Sylla said.

“Many of the mentally ill are in prison, others kill themselves or are killed.”

In much of Africa, particularly in conflict zones where trauma symptoms are severe, the authorities lock up the mentally disturbed, sometimes keeping them in chains for years, ostensibly for their own safety.

In Senegal, many of those in need of treatment cannot access medical help, and many end up jailed, according to Amnesty International.

“There are many mentally ill people in jails. Every time an ill person gets violent on the street, curiously they end up in prison,” Seydi Gassama, Amnesty’s Senegal director, told AFP. – Rappler.com