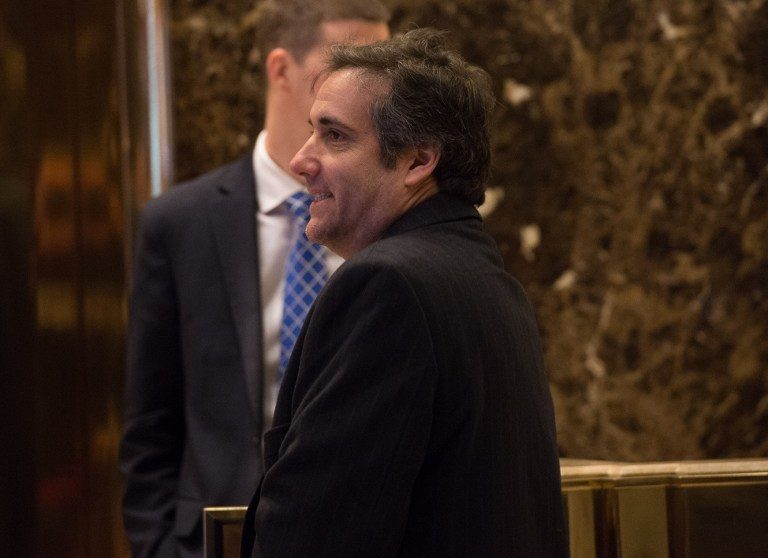 Facebook Twitter Copy URL
Copied
According to CNN and NBC, Donald Trump's former lawyer Michael Cohen claims he was present when Donald Jr told his father about the Russians' offer to meet, and Trump approved it

Trump, his son, his lawyers and other administration officials have repeatedly said Trump did not know about the meeting until news of it broke in July 2017.

But according to CNN and NBC, Trump’s former lawyer Michael Cohen, who has fallen out with the president, claims he was present when Donald Jr told his father about the Russians’ offer to meet, and Trump approved it.

The Trump Tower meeting was arranged by a music promoter, Rob Goldstone, who reached out to Trump Jr saying he had “official documents and information that would incriminate Hillary and her dealings with Russia and would be very useful to your father.”

Trump Jr responded “I love it” when first offered the political “dirt” on Clinton, the Democratic presidential nominee. But he has said since that no “meaningful information” was offered and the meeting focused mostly on the issue of adoptions of Russian children.

CNN quoted sources as saying Cohen lacks evidence such as an audio recording to corroborate his account.

But both CNN and NBC reported – citing anonymous sources – that Cohen is willing to assert his claim to Special Counsel Robert Mueller, who is investigating Russian interference in the 2016 presidential election and possible collusion with Trump’s campaign.

Cohen’s reported claim comes days after the bombshell release of a taped conversation between him and Trump by CNN Tuesday, July 24 – with reports suggesting there may be more tapes.

On the recording, released by Cohen’s attorney Lanny Davis, Trump can be heard discussing with Cohen how to hush up allegations that he had an affair with Playboy model Karen McDougal in 2006, and buying the rights to her story, which she had sold to the National Enquirer for $150,000.

During Trump’s presidential campaign, his team denied any knowledge of the deal between McDougal and American Media, the magazine’s parent company.

Cohen, who once declared fierce loyalty to the president, is under federal investigation in New York for his business dealings and reportedly whether hush payments violated campaign finance laws.

The leak fanned speculation about how much damage Cohen can inflict on the president and whether he is now mulling a cooperation deal with federal prosecutors. – Rappler.com