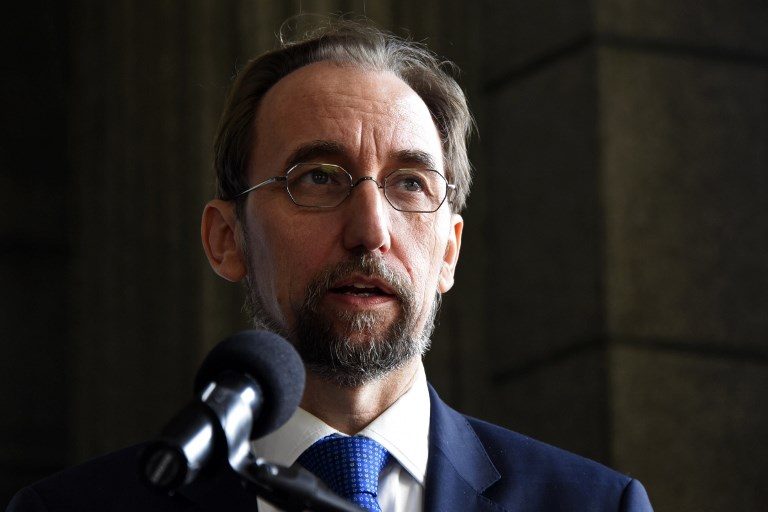 The United Nations High Commissioner for Human Rights, Zeid Ra’ad Al Hussein, has acknowledged that his unvarnished criticism of world leaders has made it impossible for him to secure a second term.

“I have irritated, I think, all governments over the course of (my) 4 years,” Zeid, a member of Jordan’s royal family, told the BBC at the weekend.

As the deadline approaches to replace Zeid, one candidate vying for the job has argued that with the UN human rights system facing unprecedented threats, the right chief’s office needs a change in tone.

“The next high commissioner must understand that defending human rights is not about attacking governments, it is not an exercise aiming to attribute blame or fault,” wrote Nils Melzer, the current UN special rapporteur on torture, in an letter announcing his bid to succeed Zeid.

“There is no point in winning perceived moral superiority at the price of mutual loss of respect, influence and understanding,” added Melzer, a Swiss national.

Melzer told Agence France-Presse (AFP) that even though he is probably not a frontrunner for the job, he tweeted his application letter to trigger a necessary debate.

He expressed “tremendous respect” for Zeid but said that “antagonizing” political leaders does not work.

“We are on the brink of the whole system rights system disintegrating,” Melzer said. “If we want to avoid a global shipwreck, we will have to find a common language.”

Anyone interested in the long-term survival of the UN’s human rights system “will realize that the high commissioner can’t be an activist,” he said.

Zeid told the BBC that other UN departments sometimes viewed the rights office as “sanctimonious” and that at points during his tenure he was encouraged to use “alternative vocabulary” when denouncing abuses.

But tensions between the high commissioner for human rights and the rest of the UN system are hardly unique to Zeid, as the job typically requires harsh criticism of governments that other agencies are lobbying for resources and cooperation.

Edward Mortimer, a former UN communications director, called the rights chief post “a bed of nails”, in an article for the United Nations Association of the United Kingdom (UNA-UK), an NGO tracking the selection process.

Some argue that Zeid’s approach to the role – denouncing the individuals personally responsible for the grave abuses – is the only viable strategy.

“This is really what the job is all about,” Louis Charbonneau, the UN director at Human Rights Watch, told AFP.

“It is not about tip-toeing around. It is using the bully pulpit.”

Former Irish president Mary Robinson, who served as UN rights chief from 1997 to 2002, told UNA-UK that “if you become too popular in that job, remember, you are not doing a good job”.

Few details about the selection process have been released, but multiple UN officials and diplomats have said that former Chilean president Michelle Bachelet was approached – although she reportedly turned the job down initially.

Guterres is widely believed to prefer a woman for the role.

For activists, a priority is establishing whether Guterres is looking for someone who aligns with Melzer’s vision – a high commissioner who condemns abuses without denouncing leaders.

As Charbonneau noted, Guterres “has come under criticism for not being as outspoken as groups like ours would like on human rights.”

With Trump cutting support and China as well as Russia consistently undermining human rights criticisms from the UN, activists worry that Guterres may want someone more conciliatory towards the 3 most powerful permanent Security Council members.

Zeid told the BBC that even a partial bow to such states would be a mistake.