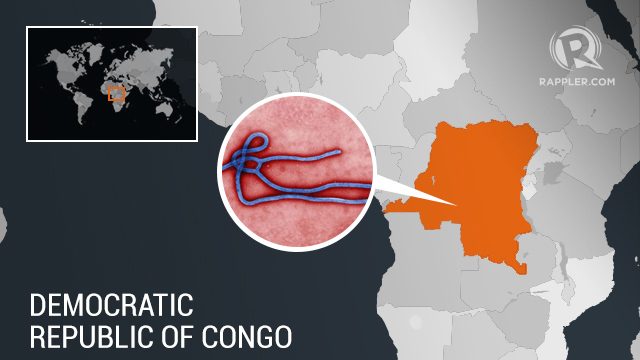 KINSHANA, DR Congo – The deadly Ebola outbreak in eastern DR Congo has now claimed 49 lives since the start of the month, the government has said, and the World Health Organization expects more cases.

The gradually increasing death toll, with a further 2,000 people feared to have come into contact with the virus, adds to the woes of a country already facing violence, displacement and political uncertainty.

First reported on August 1 in the North Kivu province, the current outbreak has killed 49 of the 90 cases reported, according to the latest health ministry bulletin on Saturday, August 19.

It said of the 49 deaths from the haemorrhagic fever, 63 were confirmed and 27 were probable. Confirmed cases are verified through laboratory tests on samples taken from patients. The cases treated as “probable” often concern sick people with a close epidemiological link to confirmed cases, but who have not been tested.

Most deaths – 39 – were recorded in the agricultural village of Mangina 30 kilometres (some 20 miles) southwest of  the city of Beni. Three deaths occurred in the neighbouring province of Ituri.

Field teams also identified 2,157 “contacts” – people who may have been in contact with the virus – according to the health ministry.

WHO spokesman Tarik Jasarevic told reporters on Friday, August 17, from the UN agency’s Geneva headquarters that it “expects more cases.”

“We do not know if all the chains of transmission have been identified,” he added.

The outbreak is the 10th to strike the DRC since 1976, when Ebola was first identified and named after a river in the north of the country.

Ebola has long been considered incurable, though swift isolation and the rapid treatment of symptoms such as vomiting, diarrhoea and dehydration has helped some patients to survive.

The quest for a vaccine grew increasingly urgent during an Ebola epidemic that killed more than 11,300 people in the West African states of Guinea, Liberia and Sierra Leone in 2013-15. – Rappler.com