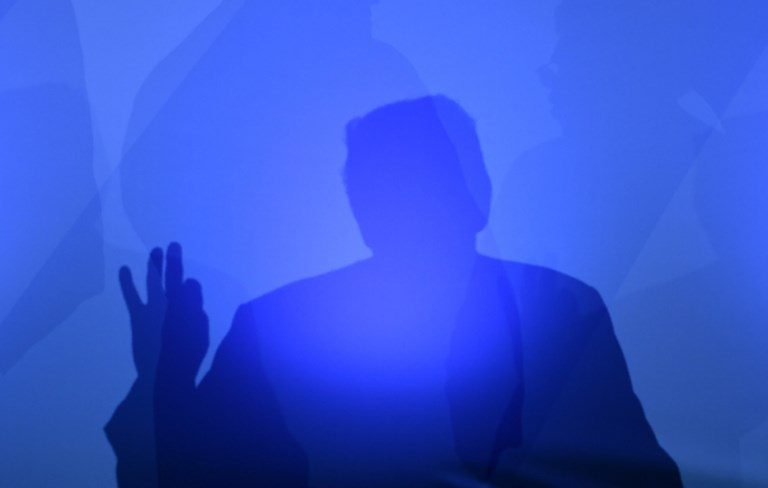 And while no one knows how strong a case Mueller has built against the president and his inner circle, Trump’s own behavior suggests he feels intense pressure.

Experts say he has 3 basic strategic options, none of them good.

Though he repeatedly says there was no crime committed, Trump has tried to disrupt and delay the investigation, and has avoided for months being interviewed by Mueller.

That’s a bad strategy, if Trump truly has nothing to hide, says Eric Freedman, a constitutional law professor at Hofstra University.

“He should absolutely adopt and embrace a policy of openness,” Freedman says, a move which could buttress the White House campaign to tarnish Mueller’s probe as a political “witch hunt.”

Trump could, however, justify that he is “draining the swamp” of Washington corruption, argues Freedman, “wrapping himself in the mantle of good governance.”

Robert Bennett, a veteran Washington criminal defense lawyer who worked for president Bill Clinton in the 1990s, says it is too late for that.

“They decided a long time ago to attack the special counsel. It would be hard now to do an about-face,” he told AFP. “Who is he going to turn on? He’s at the top of the food chain.”

An interview with Mueller would be fraught with dangers for Trump, who notoriously cannot stay on script. “He couldn’t truthfully cooperate without further incriminating himself, is my guess,” Bennett said.

Cooperating could also force the president into a difficult position if, as many think, his son Donald Trump Jr. or other family members fall into Mueller’s sights.

What then? “Stall as long as possible and pardon him,” says Freedman.

Trump’s immediate hurdle is the November 6 election, in which Democrats are threatening to take control of one or both houses of Congress. Trump needs to prevent that, to avoid having a Congress that would support impeaching him.

His current strategy has been to convince voters that Mueller’s investigation is an illegitimate, pro-Democrat operation, in hopes of attracting support to Republicans. The effort appears to be having limited success, polls suggest.

In addition, the White House is demanding Mueller abide by a Justice Department policy for prosecutors not to take any action in the 60 days before an election that would impact any candidate.

Michael German, formerly an FBI agent and now at the Brennan Center for Justice, says the policy doesn’t prevent Mueller from pushing ahead.

“Law enforcement doesn’t stop every investigation 60 days before the election,” German said. “I don’t see anyone in the November election that has anything to do with those under investigation.”

Bennett says stalling tactics worked when he defended Clinton against Paula Jones’ sexual harassment charges. The case threatened Clinton’s reelection chances in 1996, and Bennett forced a procedural issue to the slow-working Supreme Court to make the case disappear for months.

“My job was to get this Jones case out of daily media coverage,” he recalled.

“We figured if we could get the Supreme Court to take the case, we were assured this thing would have less impact on the 1996 election. That’s exactly what happened. Ultimately we lost in the Supreme Court but he won the election.”

If Trump, or someone in his family facing charges, could get their case tied up in court over constitutional issues, it could take up to two years to resolve, to the end of Trump’s term in office.

“No matter what the outcome, he’d probably be much better off,” Bennett said.

Or Trump could fire Mueller and shut down the investigation. He has repeatedly threatened to do so, but has held back under warnings from lawmakers that that could provoke impeachment.