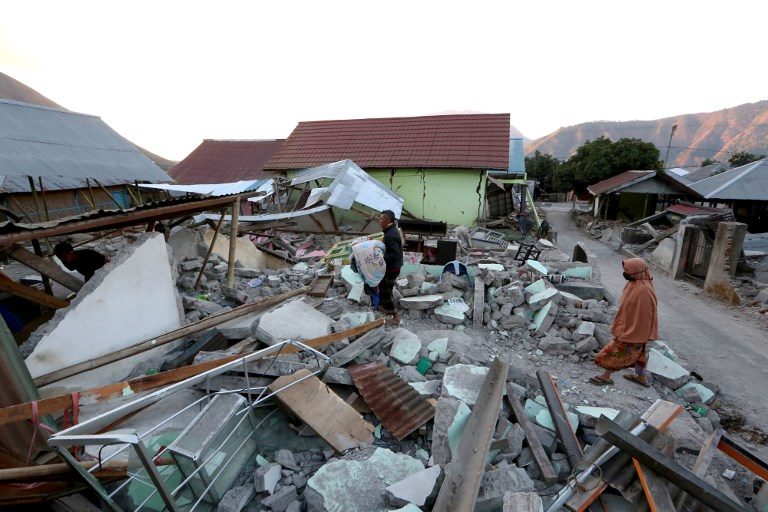 The picturesque island next to holiday hotspot Bali was hit by two deadly quakes on July 29 and August 5. On Sunday, August 19, it was shaken by a string of fresh tremors and aftershocks, with the strongest measuring 6.9 magnitude.

Indonesia’s disaster agency said Friday most of the deaths occurred in the northern part of Lombok, with several also killed in neighboring Sumbawa island.

Many victims were killed by falling debris as the tremors rippled across the island, causing widespread devastation.

Some 390,000 people remain displaced after the quakes, the disaster agency said.

Aid organizations have vowed to step up humanitarian assistance on the island as devastated residents struggle in makeshift displacement camps.

They warned that access to food, shelter and clean water has been insufficient for some residents displaced by the disasters.

“There are many villages… that are hard to access with motorbikes. Some aid has to be delivered on foot.”

Indonesia sits on the so-called Pacific “Ring of Fire”, where tectonic plates collide and many of the world’s volcanic eruptions and earthquakes occur.

In 2004, a massive 9.1 magnitude quake struck off the coast of Sumatra and triggered a tsunami that killed 220,000 throughout the region, including 168,000 in Indonesia alone. – Rappler.com