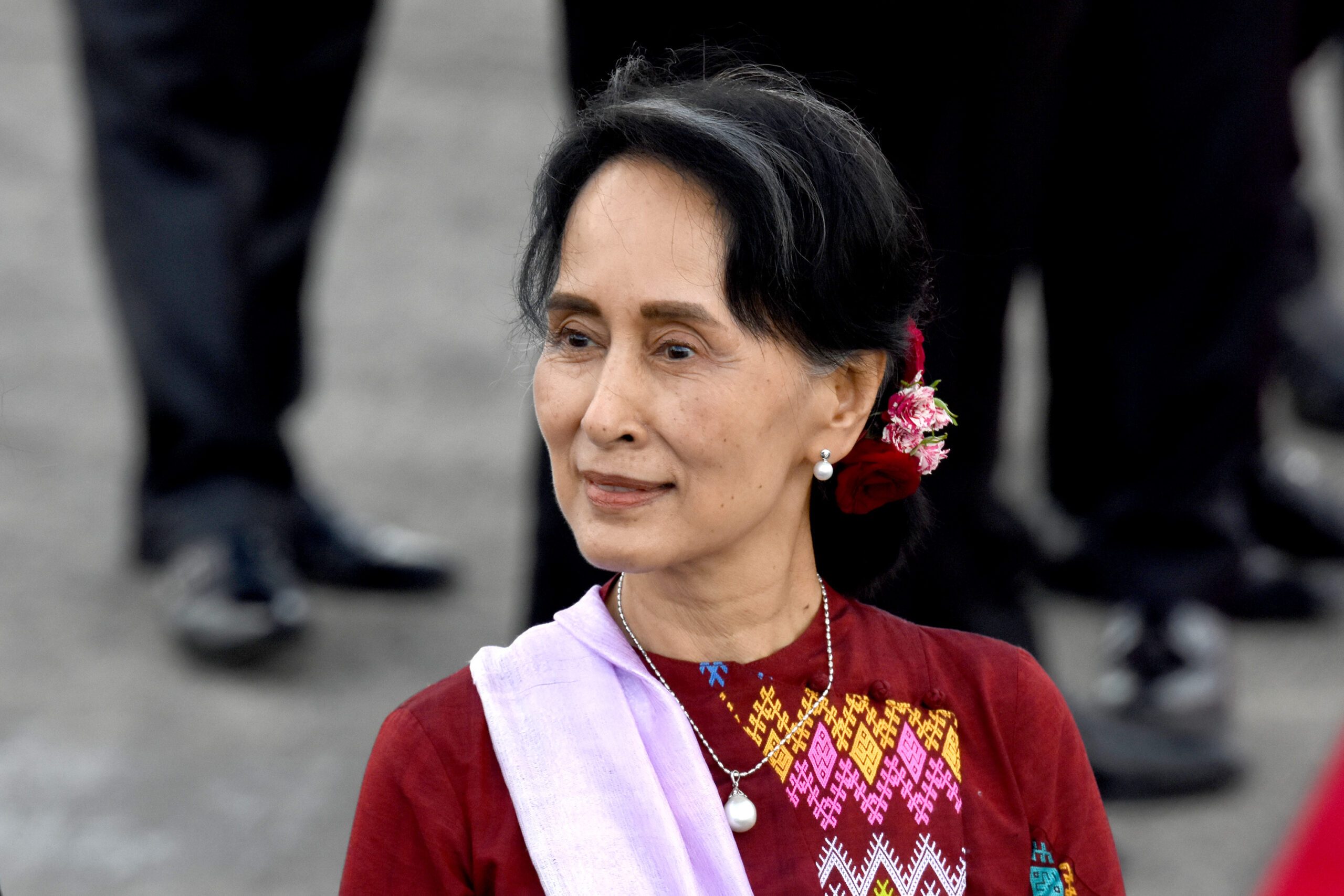 Facebook Twitter Copy URL
Copied
Aung San Suu Kyi, who was herself subjected to house arrest for some 15 years, relying on foreign media to highlight her plight, has been widely-condemned for her silence on the case and verdict

YANGON, Myanmar – A global outcry over the jailing of two Reuters journalists in Myanmar has been greeted with silence by civilian leader Aung San Suu Kyi, a stony response that an official defended Tuesday, September 4, as a reluctance to criticize the judiciary.

Journalists Wa Lone, 32, and Kyaw Soe Oo, 28, were arrested while reporting on atrocities committed during the violent expulsion by the military of some 700,000 Rohingya Muslims last year.

A Yangon court on Monday, September 3, found them guilty under the Official Secrets Act and handed them each 7 years in prison, sparking outrage from the UN, EU and US – all of whom supported Myanmar’s emergence from decades of junta rule – as well as media and rights groups.

Suu Kyi, who was herself subjected to house arrest for some 15 years, relying on foreign media to highlight her plight, has been widely-condemned for her silence on the case and verdict, which has posed the sternest test in recent years to free speech in the country.

Aung Hla Tun, a former Reuters journalist who now works for the government as deputy Minister of Information, defended the Nobel Laureate’s reticence.

“Criticizing the judicial system would be tantamount to contempt of court,” he told Agence France-Presse, explaining her silence so far. “I don’t think she will do it.”

Lawyers for the pair will appeal the verdict while ultimately the country’s president, a close ally of Suu Kyi, can pardon prisoners.

In April the president granted 8,500 jailed people an amnesty, including 36 deemed political prisoners.

But there were still some 200 others, including the two Reuters journalists, facing trials linked to political activities, the Assistance Association for Political Prisoners said at the time.

Erstwhile Suu Kyi advocates overseas have been left dismayed by her attitude to their case so far.

Her one public reference to the Reuters journalists during the court case – telling Japanese broadcaster NHK that the pair had broken the official secrets act – was criticized by rights groups for potentially prejudicing the verdict.

Former confidant and member of her advisory board on the Rohingya crisis US diplomat Bill Richardson alleged she also denounced the two reporters as traitors during a heated exchange at the beginning of the year.

While the case has horrified the West, the response within Myanmar has been muted.

Several papers marked the jailing of the pair with ‘7 Day News’ publishing a large black rectangle on its front page and the Myanmar Times running a full front page photo of the pair calling the verdict “a blow to press freedom”.

But the case has not garnered wider public attention, despite its implications for press freedom in a country, whose emergence from junta rule has been contorted by the violence in Rakhine. – Rappler.com