ICC can rule on Rohingya deportations from Myanmar 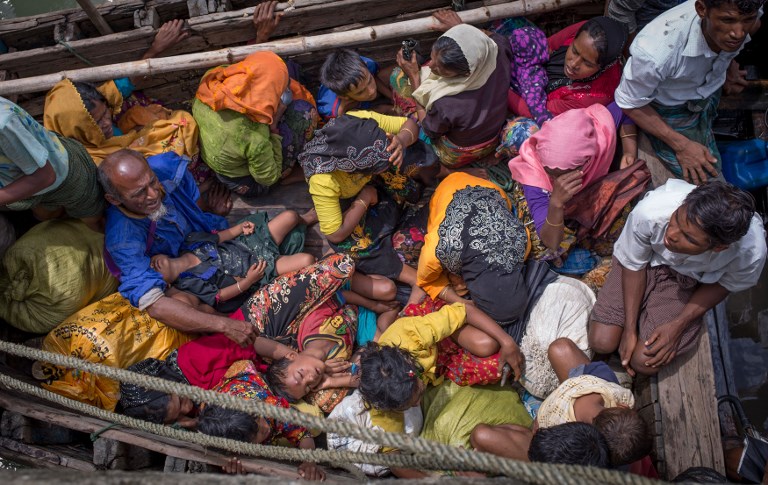 THE HAGUE, Netherlands – The International Criminal Court said Thursday, September 6, it had jurisdiction to probe the forced deportation of Rohingya Muslims by Myanmar’s military as a possible crime against humanity.

Some 700,000 people from the stateless Muslim minority have fled Myanmar’s northern Rakhine state into neighboring Bangladesh since August last year to escape a bloody military crackdown.

The ICC’s “pre-trial chamber…decided by majority the court may exercise jurisdiction over the alleged deportations of the Rohingya people from Myanmar to Bangladesh,” the Hague-based tribunal said in a statement.

The ruling offers “a glimmer of hope for justice” for Rohingyas who “continue to suffer in Bangladesh as a result of this serious crime,” Adilur Rahman Khan, vice-president of the International Federation for Human Rights, said in a statement.

The Myanmar government on Thursday declined to comment on the announcement when contacted by Agence France-Presse.

The move comes days after UN investigators called for an international investigation and prosecution of Myanmar’s army chief and 5 other top military commanders for genocide, crimes against humanity and war crimes against the Rohingya.

The violence has left a trail of torched villages in its wake, amid allegations of murder and rape at the hands of troops and vigilantes.

Medecins Sans Frontieres (Doctors Without Borders) has said that at least 6,700 Rohingya were killed between August and September last year in an army crackdown the UN has called “ethnic cleansing” containing “elements of genocide.”

In an unprecedented move in April, the ICC’s chief prosecutor Fatou Bensouda asked judges to rule whether she can investigate the deportations as a crime against humanity.

It is a legally complicated request, as Myanmar is not a signatory and member of the Rome Statute which underpins the ICC.

The Southeast Asian nation voiced “serious concern” over the prosecutor’s move, saying that the ICC’s charter in fact did not state that it had jurisdiction to investigate a country that had not signed up to the Rome Statute that governs the court.

Bangladesh, however, is a signatory and the judges said that because the deportations involve a cross-border crime, that gives the court jurisdiction to investigate the plight of the Rohingya.

Bensouda had likened deportation to “a cross-border shooting,” arguing the crime “is not completed until the bullet (fired in one state) strikes and kills the victim (standing in another state).”

The judge’s ruling follows the jailing of two Reuters journalists for 7 years on Monday, September 3, accused of breaching Myanmar’s state secrets law while reporting on a Rohingya massacre.

On Tuesday, September 4, British Foreign Secretary Jeremy Hunt said he would host talks at the UN over the allegations of genocide, warning the perpetrators must be brought to justice.

Thursday’s ruling now leaves the path open for the prosecutor to announce the formal opening of a preliminary investigation into the matter.

That gives Bensouda a chance to see if there is enough evidence to open a full-blown probe, which could eventually lead to a trial.

The ICC judges said that “such a preliminary investigation must be concluded within a reasonable time.”

But the road to a tribunal will be long and complex, with China likely try to thwart any prosecution of its ally at the world’s only permanent war crimes court.

Set up in 2002 in The Hague, the ICC acts to prosecute the worst abuses including genocide in places where national courts are unwilling or unable to act.

Some of its biggest successes have been over war crimes in the Democratic Republic of Congo and the destruction of religious Muslim shrines in Timbuktu in Mali.

The Myanmar army in the mainly Buddhist nation has denied any allegations, saying its campaign has been a legitimate response to Rohingya militant attacks last year that killed about a dozen border guard police.

Tens of thousands of Rohingya refugees staged protests 10 days ago to mark the first anniversary of the flight from Myanmar demanding “justice.”

An investigation into the Rohingya deportations would be the third for the ICC in Asia, which is already tentatively probing alleged crimes committed during the Philippines’ so-called “war on drugs campaign” and the conflict in Afghanistan. – Rappler.com