Sep 7, 2018 11:49 PM PHT
Agence France-Presse
Facebook Twitter Copy URL
Copied
Myanmar's government says the decision was 'of dubious legal merit,' according to a statement released by the president's office, adding the country was 'under no obligation' to respect the court ruling. 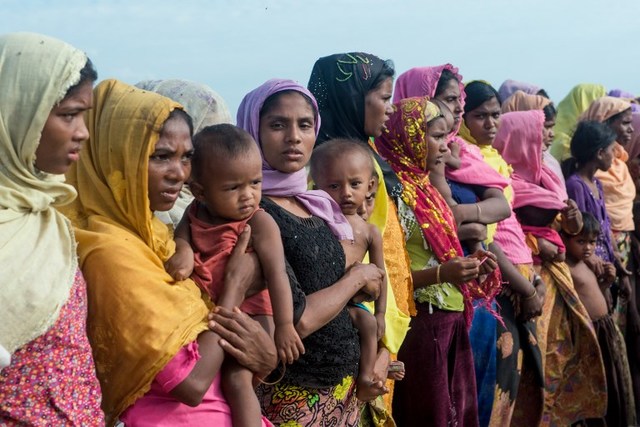 NAYPYIDAW, Myanmar – Myanmar on Friday, September 7, “resolutely” rejected a ruling by the International Criminal Court empowering the tribunal to probe alleged crimes against the Rohingya even though the Southeast Asian nation is not a member of it.

In an unprecedented ruling on Thursday the ICC said it had jurisdiction over the crisis because of the cross-border nature of the alleged “deportations” of hundreds of thousands of Rohingya Muslims to Bangladesh.

But in a stinging response Myanmar’s government said the decision was “of dubious legal merit”, according to a statement released by the president’s office late Friday, adding the country was “under no obligation” to respect the court ruling.

“The decision was the result of manifest bad faith, procedural irregularities and general lack of transparency,” the statement said, adding the country “resolutely rejects” the court ruling.

Myanmar has come under intense global pressure in recent weeks over its crackdown on the Rohingya, a group it denies citizenship to.

The ICC upped the ante on Thursday ruling that it had the power to investigate the forced deportations, even though Myanmar has not signed the statute underpinning the tribunal.

Bangladesh is a signatory, however, and the judges said that the deportation of the Rohingya amounted to a cross-border crime, thereby giving the court the right to pursue the issue further.

Its ruling means that the ICC’s chief prosecutor can now open a preliminary investigation that could lead to a wider probe and eventually a trial.

Last week a damning UN report called for military chief Min Aung Hlaing and other top generals to be prosecuted for “genocide,” which was swiftly followed by Facebook pulling down the profile pages of several military top brass.

Besieged by criticism from the outside, Myanmar has denied abuses but has barred journalists and diplomats from independently visiting Rakhine state — the epicentre of the crackdown — except on short, military-chaperoned trips.

The ICC ruling followed international outrage triggered by the sentencing of two Reuters journalists – both Myanmar nationals – on Monday to 7 years in jail under a draconian state secrets act.

Wa Lone, 32, and Kyaw Soe Oo, 28, had been investigating the extrajudicial killing of Rohingya villagers when they were arrested in December last year.

Rights groups decried the case as a sham trial in a country where press freedom is shrinking. – Rappler.com