Toll from Ethiopia bloodshed at least 58 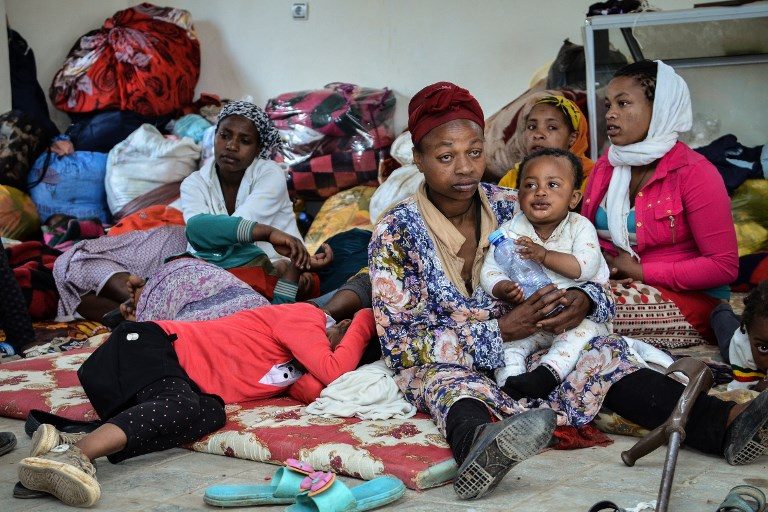 Facebook Twitter Copy URL
Copied
The cited figure is more than double government estimates, and could be as high as 65, according to another source

ADDIS ABABA, Ethiopia – At least 58 people were killed during a weekend of ethnic violence in Ethiopia’s capital, an Amnesty International researcher told the Agence France-Presse (AFP) on Wednesday, September 19, citing a figure more than double the government estimate of 23 dead.

Another source involved in the investigation, who saw and counted the corpses, told AFP a total of 65 people had been killed, mostly in the city’s western suburbs.

“The 65 cases are from Burayu, Ashewa Meda, Kolfe and Kirkos,” said the source on condition of anonymity, referring to three western areas and one in the centre.

The victims were either stabbed or died after being beaten with sticks and rocks. None had been shot and the toll does not include 5 alleged looters killed by police on Monday.

Fisseha Tekle, a Nairobi-based researcher with Amnesty International, said he had compiled a similar tally of 58 dead.

Residents told Amnesty International they saw “eight dead bodies on Friday, 21 on Saturday, on Sunday they saw about 11 people and on Monday the number of dead bodies they’ve seen were 18,” Fisseha said.

Government spokesmen could not immediately be reached for comment.