Most nations to miss U.N. target on chronic diseases – study 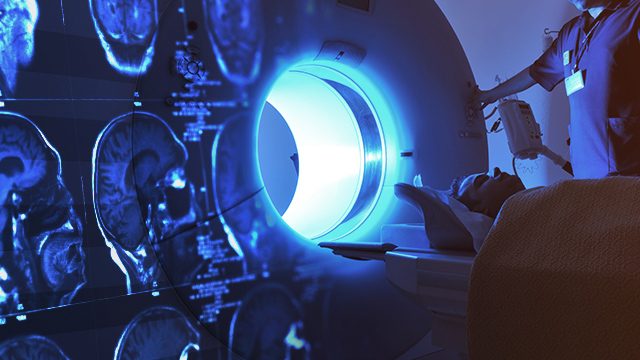 PARIS, France – More than half of all countries will likely fail to hit the UN target of reducing premature deaths from a quartet of chronic diseases by a third before 2030, researchers said Friday, September 21.

Cancers, heart and blood-vessel disease, diabetes, and chronic respiratory disease combined to kill 12.5 million people aged 30 to 70 worldwide in 2016, they reported in a major study.

“The bottom line is this: a set of commitments were made, and most countries are not going to meet them,” lead author Majid Ezzati, a professor at Imperial School London’s School of Public Health, told Agence France-Presse.

Only 35 nations are on track to meet UN Sustainable Development Goal 3.4 – launched in 2015 – for women, and even less for men, the study revealed.

The good news, he added, is that most countries are at least moving in the right direction.

But around 20 states – 15 for women, 24 for men – are either stagnating or backsliding.

That select group of failure includes only one wealthy nation: the United States.

A much-noted study last year in the American Journal of Public Health showed that the rise in premature deaths was especially sharp among white, rural Americans, described by the authors as gripped by an “epidemic of despair”.

Across all age groups, non-communicable diseases kill more than 40 million people a year worldwide, accounting for 7 in ten deaths.

Of these, 17 million are classified as “premature,” or before the age of 70.

“We are sleepwalking into a sick future because of severely inadequate progress on non-communicable diseases,” said Katie Dain from the NCD Alliance.

The “NCD Countdown 2030” report, published in The Lancet ahead of next week’s UN High-Level Meeting on NCDs in New York, “will assist in holding governments and donors accountable”, she added.

Ezzati rejected the notion that the UN goal may have been set too high.

“The fact that 30-odd countries are very much on track, and another 40 or 50 – depending on the gender – are close, means that it is very doable,” he said by phone.

Declining tobacco and alcohol use, low blood pressure, a good public health care system, low levels of inequality – countries not doing so well in meeting the UN target are likely to fail in a couple of these things, Ezzati said.

Only 4 countries – South Korea, Japan, Switzerland and Australia – ranked among the top ten for lowest NCD mortality rates for both men and women.

China not on track

For men, the other countries were Iceland, Sweden, Norway, Bahrain, Canada and New Zealand.

The United States ranked 53rd for men, and 44th for women, with Chinese men and women placed 80th and 76th, respectively.

China is not on track to meet the goal but its NCD rates are declining, even as levels of obesity and high blood pressure are on the rise, the study revealed.

Smoking rates have stabilized but remain high, especially for men. Tobacco use claims one million lives in China every year.

“China has the ability to do a lot when it comes to managing tobacco and alcohol, with both largely state-owned industries,” Ezzati noted.

“They are also wealthy enough so that hypertension treatment should be trivial.”

In sub-Saharan Africa, non-communicable diseases account for a smaller share of deaths than infectious diseases such as AIDS and tuberculosis.

But their NCD mortality rates are still much higher than in most middle-income and rich countries, and should not be neglected, the authors said.

“By any standard, it would be inappropriate and non-strategic to not incorporate NCDs in the strengthening of the overall health care system,” Ezzati said.

“We should say to the donor and aid agencies: ‘Focus on the overall health system rather than disease by disease’.” – Rappler.com