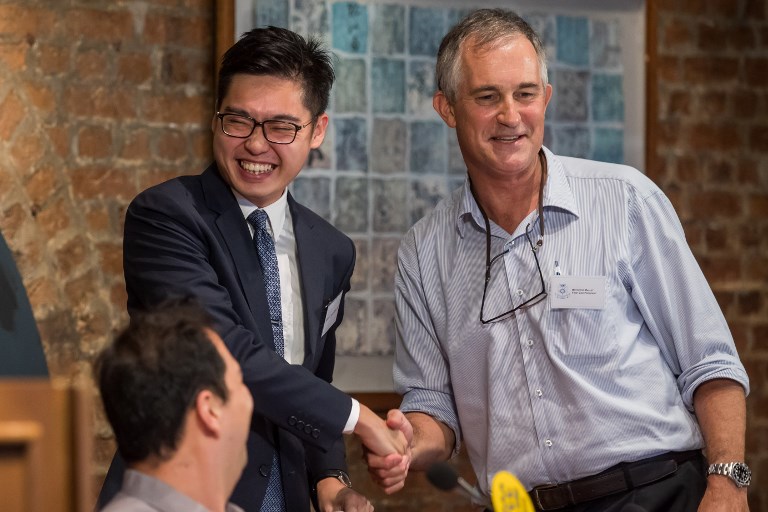 HONG KONG, China – Hong Kong has refused to renew the visa of a senior Financial Times journalist who hosted a talk by an activist advocating the city’s independence from China, the newspaper said Friday, October 5.

Victor Mallet, the FT’s Asia news editor, earned the ire of authorities after hosting a speech by Andy Chan, the leader of a tiny pro-independence political party.

Chan had attacked China as an empire trying to “annex” and “destroy” Hong Kong in a strident speech at the city’s Foreign Correspondents’ Club, where Mallet serves as vice president.

Rival protesters had picketed the talk and the city’s former leader Leung Chun-ying had called for the club to be evicted from its government-owned premises.

“This is the first time we have encountered this situation in Hong Kong,” said the FT, in a statement confirming the British citizen had been denied a visa renewal.

“We have not been given a reason for the rejection.”

“The Hong Kong government is now following Beijing’s leads in acting aggressively towards those whose views the authorities dislike.”

Under China’s “one country, two systems” policy, semi-autonomous Hong Kong enjoys freedoms unseen on the mainland, including freedom of expression.

But the space for dissent is shrinking as Beijing flexes its muscles in the city.

It was the first ban on a political party since the city was handed back to China by Britain 21 years ago.

A string of incidents including the disappearance of 5 Hong Kong booksellers and the ousting of 6 elected opposition lawmakers in recent years have also fuelled concern that Chinese authorities are undermining freedom in Hong Kong.

“Hong Kong is like a sinking boat, going down fast,” she said. – Rappler.com