Brazil is choosing a new president: here’s what you need to know 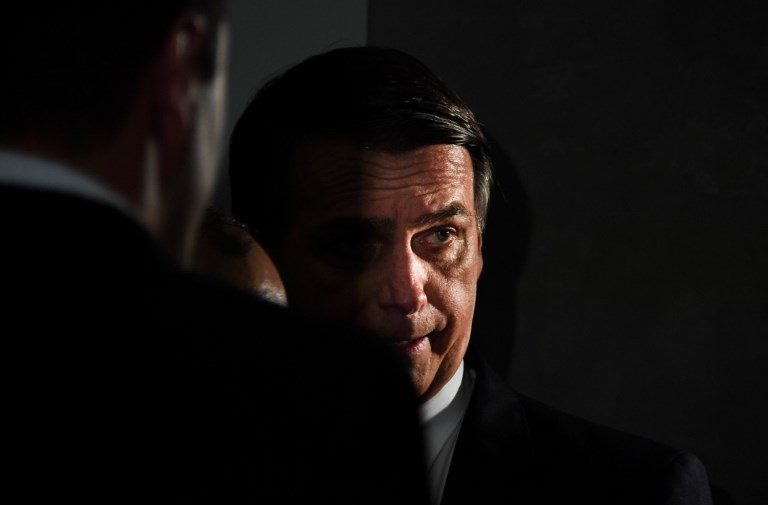 Here’s what you need to know:

How important are the elections?

Brazil is one of the most important emerging economies out there, one of the BRICS and Latin America’s biggest democracy.

Whoever ends up as president will be at the helm of the world’s 8th-biggest economy, an oil producer and major energy consumer whose chief trading partner is China. (READ: Facebook boosts ad transparency as it braces for Brazil, U.S. elections)

Yet it’s only 3 decades since Brazil shucked off a military dictatorship. And it has just emerged from its worst-ever recession, which wiped away much of a preceding decade of prosperity.

Out of a field of 13 presidential candidates, Bolsonaro is by far the most controversial and polarizing.

Once an army captain, he has been a deputy in Brazil’s congress since 1991, during which he became known for offensive remarks against women, gays, and Brazil’s mostly black poor.

But he also has a healthy polling lead over rivals – attributed to his tough-guy promises to crack down on crime and graft, and his canny use of Facebook to reach out to voters.

Massive protests by Brazilian women have been held against Bolsonaro.

Although a Catholic, he has the backing of an influential evangelical bloc in congress that would help him govern if he wins the presidency.

A stabbing attack by a lone knifeman last month as he campaigned only increased sympathy for him – and for his pledge to be ruthless with street criminals.

Not yet. Sunday is the first round of the presidential elections. If no candidate gets more than 50 percent, then a second, knockout round will be held on October 28 between the two with the highest scores.

Bolsonaro boasts he will win outright on Sunday and Brazilians can go to the beach instead on October 28. But analysts say that while a first-round victory can’t be excluded, the polling numbers available make it unlikely.

In a second round, the outcome would be uncertain. Surveys suggest Bolsonaro would be neck-and-neck with his nearest rival, leftist candidate Fernando Haddad, the Workers’ Party’s choice to replace popular ex-president Luiz Inacio Lula da Silva, who is in jail for bribery.

What changes does he promise?

If he does enter Planalto, Brazil’s equivalent of the White House, Bolsonaro has promised big changes.

He wants looser gun laws for “good” civilians to help counter rife street assaults and murders, and for the army to go after organized crime.

Political corruption will be quashed and the government streamlined, he has said. Brazil would sell off state enterprises to bring down spiraling public debt.

That looks like a reference particularly to neighboring Venezuela, whose implosion under the rule of Socialist President Nicolas Maduro has sent tens of thousands of people fleeing over the border into Brazil.

Instead, it would turn more towards countries such as the United States, Israel and Italy.

“We’ve got to give Socialism, Communism, a kick up the ass,” he told a Brazilian TV station, Record, late Thursday. – Rappler.com