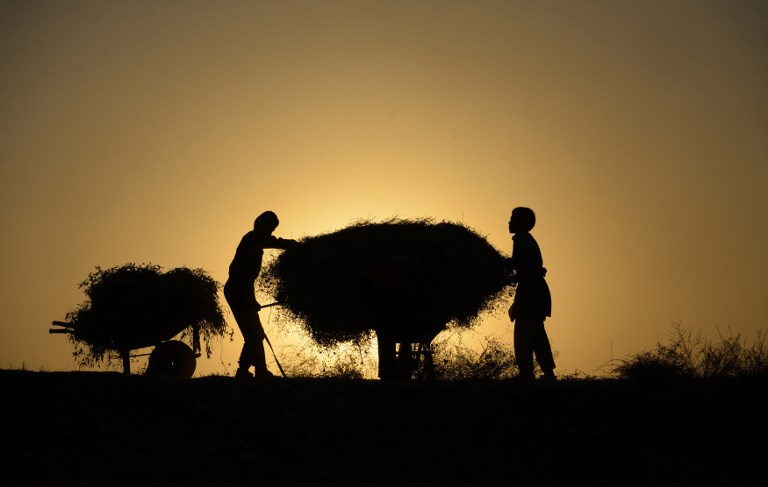 KABUL, Afghanistan – At least 3 million Afghans are in “urgent” need of food and could face famine if they do not get help, the United Nations warned Monday, October 15, as the war-torn country battles the worst drought in living memory.

A dry spell mainly across northern and western Afghanistan has devastated crops, livestock and water supplies, forcing hundreds of thousands of people from their homes.

The drought comes at a terrible time for the country, which is already grappling with a 17-year conflict and preparing to hold a parliamentary election that is 3 years late.

The United Nations is spearheading international efforts to reach 2.5 million of the 3 million most in need of food by mid-December, UN humanitarian coordinator in Afghanistan Toby Lanzer told AFP.

“Those people are surviving on less than one meal a day and in all likelihood that meal is bread and tea,” Lanzer said.

Lanzer said the 3 million people hardest hit were in the “emergency” phase 4 of a widely-used food insecurity index – one level below famine.

The figure was “among the highest in the world” and required “the most urgent response”.

“If we don’t (reach them) there’s a risk that these people go into level 5,” Lanzer said.

Another 8 million people were in the “crisis” phase 3 of the food insecurity index, which includes people with “food consumption gaps with high or above usual acute malnutrition”.

Lanzer said the figures were “far worse than we had anticipated” and he warned the situation could worsen as temperatures plummet during the winter months.

The drought affecting more than half of Afghanistan was triggered by a huge shortfall in snow and rain last winter.

Many of the displaced have set up makeshift tents in camps on the edge of urban areas, including the western city of Herat.

People at the camps told AFP in August they had been surviving on a diet of bread and tea for months because they did not have enough money to buy fruit, vegetables or meat. – Rappler.com