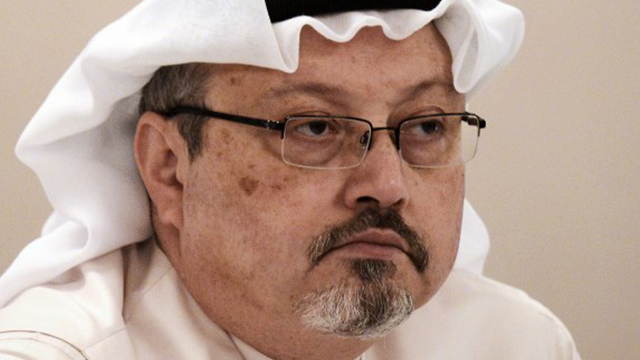 ISTANBUL, Turkey – Journalist Jamal Khashoggi was strangled as soon as he entered the Saudi consulate in Istanbul and then dismembered as part of a premeditated plan, Turkey’s chief prosecutor said Wednesday, October 31, making details of the murder public for the first time.

The revelations came just hours after Saudi Arabia’s chief prosecutor left Istanbul, and the Turkish prosecutor’s office said it was “obliged” to reveal the details after the talks produced “no concrete results”.

Gruesome reports in the Turkish media had previously alleged that Khashoggi, a 59-year-old Washington Post contributor critical of the powerful Saudi crown prince, had been killed and cut into pieces by a team sent from Riyadh to silence him. His body has not been found.

“In accordance with plans made in advance, the victim, Jamal Khashoggi, was strangled to death immediately after entering the Consulate General of Saudi Arabia in Istanbul on October 2, 2018 for marriage formalities,” said a statement from the office of Istanbul chief prosecutor Irfan Fidan.

“The victim’s body was dismembered and destroyed following his death by suffocation – again, in line with advance plans,” it added.

“Despite our well-intentioned efforts to reveal the truth, no concrete results have come out of those meetings.”

Riyadh sent the head of its investigation to Istanbul this week seeking to draw a line under a crisis that has brought near unprecedented scrutiny on Saudi Arabia.

However a senior Turkish official said earlier Wednesday that Saudi officials seemed “primarily interested in finding out what evidence Turkey had against the perpetrators”.

“We did not get the impression that they were keen on genuinely cooperating with the investigation,” the official told AFP on condition of anonymity.

He flew out of Istanbul on Wednesday afternoon without making a public statement.

After initially insisting Khashoggi left the consulate unharmed, then saying he died in a brawl during an interview gone wrong, the Saudi regime has since admitted he was killed by a “rogue operation” and arrested 18 people.

Turkish President Recep Tayyip Erdogan has urged the Saudi regime to reveal the location of Khashoggi’s body and who ordered the hit.

Erdogan has also called on Riyadh reveal the identity of local “co-conspirators” that media reports claimed had disposed of Khashoggi’s body.

However Mojeb said that Saudi authorities had made no such statement about local collaborators, the Istanbul prosecutor’s office said.

The Saudi prosector’s office meanwhile invited Fidan and his delegation to Riyadh “along with the evidence they have obtained”, it added.

‘Truth needs to come out’

The case has sorely strained relations between the ultra-conservative kingdom and the West.

France said Wednesday that “not enough” was being done to find those responsible for the murder of Khashoggi, who was an insider in Saudi royal circles before going into self-imposed exile in the United States last year.

“This crime has to be punished and the perpetrators identified. The truth needs to come out,” Foreign Minister Jean-Yves Le Drian said.

In an editorial published Tuesday, the Washington Post accused Riyadh of “deflecting questions by pretending to investigate” the murder.

It said the administration of US President Donald Trump was “playing along” and “pretending to believe that the Saudis can conduct a credible probe – even though a chief suspect is the kingdom’s own autocratic ruler”.

The editorial also urged the US Congress to impose sanctions on those responsible – “including, if the available evidence points to him, Mohammed bin Salman – and reshape US relations with Saudi Arabia”.

The affair has tarnished the image of the crown prince, who has positioned himself as a Saudi reformer. He has denounced the murder as “repulsive” and strongly denied any involvement.

Trump meanwhile has called the case “one of the worst cover-ups in history”, but warned against halting a Saudi arms deal, saying it would harm US jobs.

However relations between the long-time allies have cooled after the murder and on Tuesday Washington called for a ceasefire and peace talks in Yemen, where the US has faced fierce international criticism for supporting a Saudi-led coalition.

Pentagon chief Jim Mattis said the US had been watching the conflict, in which nearly 10,000 people have been killed, “for long enough”. – Rappler.com