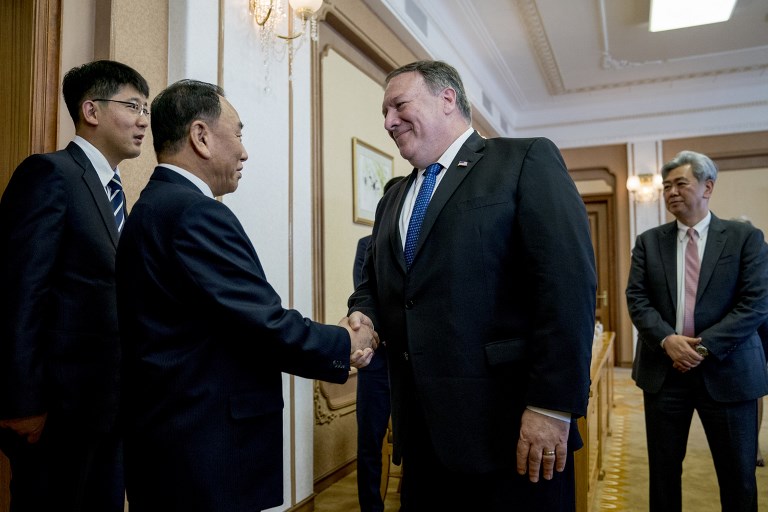 The talks between President Donald Trump’s top diplomat and the North Korean delegation, which had been due to take place in New York on Thursday, “will now take place at a later date,” State Department spokeswoman Heather Nauert said.

“We will reconvene when our respective schedules permit,” she added in a statement.

The announcement came only a day after officials had said Pompeo and Kim Yong-chol – one of the North Korean leaders right-hand men – would discuss how much progress had been achieved towards securing denuclearization since a landmark summit over the summer.

Although Trump has had warm words since he meet with Kim Jong-un in Singapore in June, his administration has nevertheless annoyed Pyongyang by maintaining a regime of sanctions.

North Korea’s foreign ministry has warned that Pyongyang will “seriously” consider reviving its nuclear weapons program unless the sanctions are lifted.

In announcing the meeting with Kim Yong-chol, Pompeo said he expected to “make some real progress” including on laying the groundwork for a second summit between Trump and Kim Jong-un.

Kim Yong-chol is a general, a former top intelligence chief and right-hand man to the North Korean leader. – Rappler.com