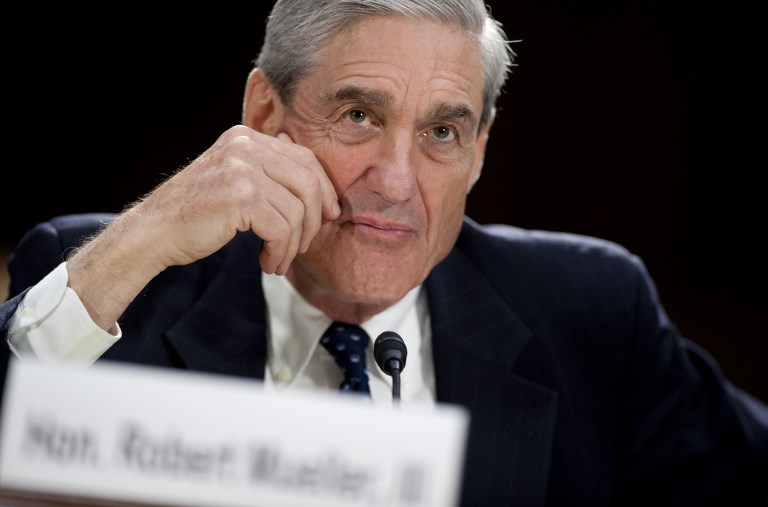 WASHINGTON, USA – President Donald Trump was accused Thursday, November 7,  of pushing America toward a constitutional crisis after his firing of the attorney general cast doubt over the future of an explosive probe into election collusion with Russian agents.

Trump emerged from Tuesday’s midterm elections promising a new era of cooperation, but suspicions that he is trying to kill the Russia probe and an extraordinary intensification of his war with journalists has thrown Washington into turmoil.

The investigation by special counsel Robert Mueller’s into whether the Trump campaign colluded with Moscow during the 2016 election has been hanging over Trump throughout his turbulent presidency.

Trump has continuously threatened that he has the power to shut down what he calls “a witch hunt” and on Wednesday, November 7, he took the first potential step when he replaced his attorney general, Jeff Sessions, with loyalist Matthew Whitaker.

The switch, announced abruptly in a Trump tweet, provoked consternation across Washington, where politicians from both sides of the aisle have long warned that political interference in Mueller’s work cannot be tolerated.

Democrats, who won the lower house of Congress in Tuesday’s midterm elections, now see Trump as close to crossing that line with the ultimate goal of covering up alleged crimes.

“The rule of law is disappearing before our eyes,” tweeted Sally Yates, a deputy attorney general under Trump’s predecessor Barack Obama and briefly in the top job under Trump before he sacked her.

“He wants a political crony to protect him from the investigation of his own campaign,” she said.

The rushed appointment “is unconstitutional. It’s illegal. And it means that anything Mr Whitaker does, or tries to do, in that position is invalid,” they argued.

“Matthew Whitaker has criticized Robert Mueller’s investigation again and again,” said Noah Bookbinder at a park near the White House, where some 500 demonstrators had gathered as part of the “Nobody Is Above The Law” protests.

“He’s called it a lynch mob,” said Bookbinder, head of the Citizens for Responsibility and Ethics, a Washington group. “He said it should be shut down.”

“Congress has to step in, and protect this investigation.”

Trump said Wednesday that the midterms, where Democrats won the House of Representatives and Republicans held the Senate, meant both sides would have to learn bipartisanship.

But if anything, the election aftermath has featured even hotter controversy than before, whether over Mueller or Trump’s other favorite bugbear – the media.

At a press conference Wednesday, Trump branded CNN reporter Jim Acosta an “enemy of the people” when he posed questions, including about the Russia probe, and refused to give up the mic.

On Thursday, the Acosta incident entered even more bizarre territory when the White House was accused of tweeting a video doctored to make the reporter appear more aggressive in fending off the female press aide who tried to remove his mic.

Answering allegations Thursday that the White House had used a clip edited by a notorious right-wing conspiracy theorist, Trump spokeswoman Sarah Sanders said: “We stand by our statement.”

Call to ‘stop him’

Spats between Trump and journalists can sometimes seem circus-like, but critics say the president’s hot temper illustrates his deeper disdain for Washington norms – and allegedly for the rule of law.

Those concerns are now focused on the future of the Mueller probe, which began as a look into alleged links with Russians seeking to disrupt the election and expanded into an investigation of billionaire Trump’s murky finances, including his business ties to Russia.

As Mueller has gotten closer to the heart of the Trump family’s closely guarded financial secrets, the president has become more enraged.

Whitaker now becomes Mueller’s new boss and will likely be sympathetic towards Trump.

Sessions had recused himself from the investigation, because of his own contacts with Russians during the 2016 campaign, instead handing responsibility for Mueller to his deputy Rod Rosenstein.

Trump responded by repeatedly seeking to publicly humiliate Sessions. Whitaker has made no public comment since being named, but is reported in US media to have made clear he will not recuse himself.

In the past, he has shown distinct skepticism about the probe, calling for its scope to be curtailed.

In 2017 he even used Trump’s words, warning against Mueller engaging in a “witch hunt.” He also called the appointment of Mueller as special counsel – a position meant to be safe from political influence – “ridiculous.”

In the House of Representatives, the senior Democrat on the Intelligence Committee — which Democrats will control from January – sounded the alarm.

“If the president seeks to interfere in the impartial administration of justice, the Congress must stop him,” Adam Schiff said.

Republicans, with a handful of exceptions, have so far remained silent. – Rappler.com