Call for open markets as world leaders gather in Singapore 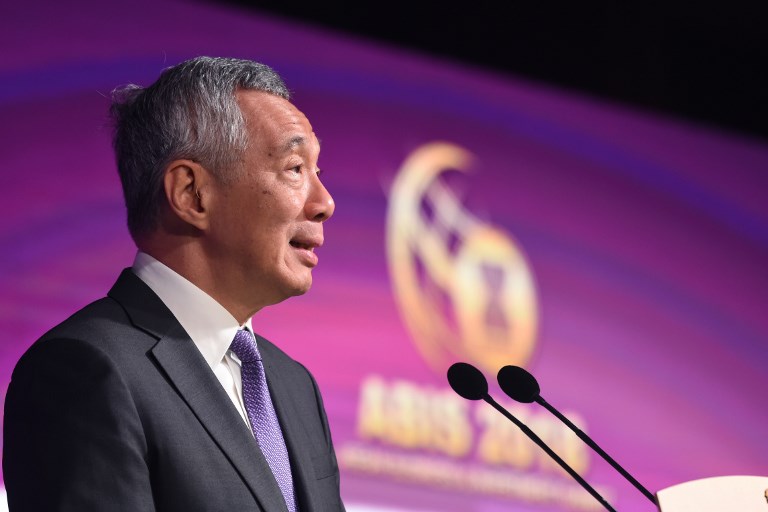 SINGAPORE – Singapore’s prime minister made an impassioned plea on Monday, November 12, for open markets and warned “political pressures” were driving countries apart, in a swipe at rising protectionism at the start of a gathering of world leaders.

Leaders including Chinese Premier Li Keqiang and US Vice President Mike Pence are meeting this week in the city-state against the backdrop of a months-long trade dispute between Beijing and Washington.

Some of those attending are expected to announce major progress on a massive China-backed trade deal that excludes the US, in a rebuke to President Donald Trump’s increasingly unilateralist approach to international commerce.

Trump is skipping the annual summit – which was regularly attended by his predecessor Barack Obama – in a sign of how far he has withdrawn from attempts to shape the global rules of trade and raising new questions about Washington’s commitment to Asia.

Addressing a business forum ahead of this week’s main meetings, Singapore Prime Minister Lee Hsien Loong called for Southeast Asian companies to invest more in each others’ markets and be more open to foreign competition.

“The more integrated and open our markets are, and the more conducive our rules and business environments to foreign investment, the larger the pie will grow, and the more we will all benefit,” he said.

The 10-member Association of Southeast Asian Nations (ASEAN) “has great potential, but fully realising it depends on whether we choose to become more integrated, and work resolutely towards this goal in a world where multilateralism is fraying under political pressures”.

The US-China trade dispute has seen Trump slap higher tariffs on roughly half of Chinese imports, and Beijing retaliate with its own levies.

The standoff is having an impact far beyond the world’s top two economies, and leaders at the four days of meetings will be keen to voice their grievances to Pence, who is participating in Trump’s place, and Li.

Many of those attending are expected to send a message in support of free trade by announcing major progress on the China-backed deal, the 16-member Regional Comprehensive Economic Partnership (RCEP).

With the US having pulled out of rival pact the Trans-Pacific Partnership (TPP), the RCEP is now the world’s biggest trade deal.

The pact – which is less ambitious than the TPP in areas such as employment and environmental protection – groups the 10 ASEAN members plus China, India, Japan, South Korea, Australia and New Zealand. – Rappler.com