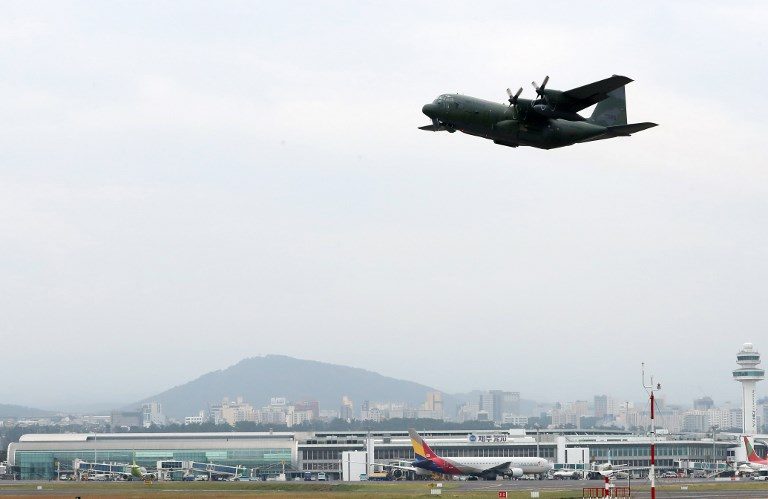 Facebook Twitter Copy URL
Copied
The tangerines – a rarity in the North – are airlifted to Pyongyang from the southern island of Jeju, where they were grown, in 4 flights, the last one due Monday afternoon

SEOUL, South Korea – South Korea has sent 200 tons of tangerines to the North in return for mushrooms Pyongyang gave earlier, Seoul said Monday, November 12, in the latest reconciliatory gesture between the neighbours.

Seoul is pushing ahead with a rapprochement with the nuclear-armed North while its security ally the US insists pressure on Pyongyang should be maintained until it denuclearises.

The tangerines – a rarity in the North – were being airlifted to Pyongyang from the southern island of Jeju, where they were grown, in four flights, the last one due Monday afternoon.

The pine mushrooms – a delicacy claimed to help prevent heart diseases and diabetes, and a key Northern export to China – were distributed to Southern families separated from relatives in the North.

“Tangerines are a speciality of the South that ordinary North Koreans normally don’t have access to,” Moon’s spokesman said Sunday.

“This action runs counter to the current atmosphere of the international community,” Liberty Korea Party floor leader Song Hee-kyung said in a statement.

“South Koreans are sick and tired of such sentimental moves.”

Moon – a dove who advocates dialogue with the North to nudge it toward denuclearization negotiations – has met Kim three times so far and is seeking to hold another summit in Seoul in the near future.

But the peace push has increasingly met with scepticism at home and abroad as denuclearisation talks between Pyongyang and Washington falter.

North Korea last week asked for a planned meeting between US Secretary of State Mike Pompeo and Kim’s right-hand man Kim Yong Chol to be delayed.

No clear explanation was given, but Pyongyang is demanding sanctions imposed on it over its weapons programmes are eased while the Washington insists that they should stay in place until the North denuclearises. – Rappler.com