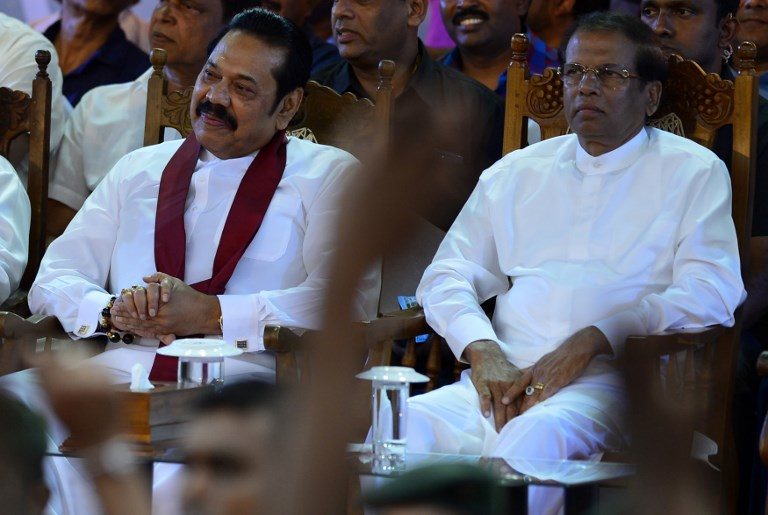 Speaker Karu Jayasuriya ruled that a majority of the 225-member assembly supported the motion against Rajapaksa who was made prime minister on October 26 in place of Ranil Wickremesinghe.

The result does not automatically mean that Wickremesinghe, who had refused to leave the prime minister’s residence, has won the constitutional showdown. Though his party is the biggest in parliament, President Maithripala Sirisena, who had backed Rajapaksa, retains the power to choose the next prime minister.

Amid chaotic scenes, Rajapaksa, 72, and his legislator son Namal walked out of the red-carpeted chamber just before the speaker called for a vote.

MPs loyal to Rajapaksa attempted to grab the mace, the symbol of authority of the legislature, to disrupt the vote, but Jayasuriya went ahead.

“The ayes have it,” the Speaker announced over his public address system “I rule that this House does not have confidence in the government (of Rajapaksa).”

Several Rajapaksa ministers came out of parliament accusing the speaker of violating parliamentary norms by holding the crucial vote against their wishes. – Rappler.com