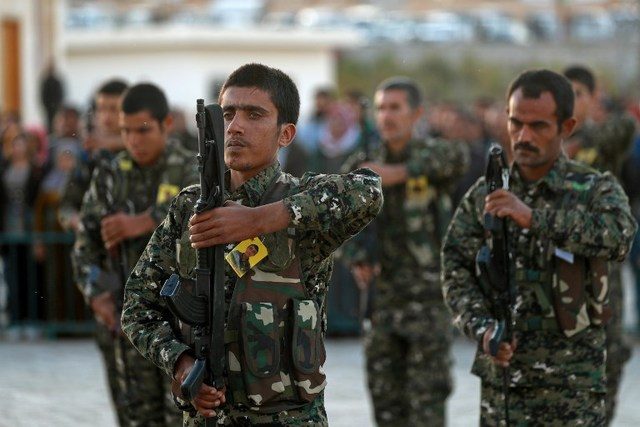 Seventeen children were among 36 IS family members killed in Abu Husn village of Deir Ezzor province near the Iraqi border, the Syrian Observatory for Human Rights said.

Another 7 victims had not yet been identified as either civilians or ISIS fighters, it said.

The US-led coalition has been backing a Kurdish-Arab alliance called the Syrian Democratic Forces (SDF) fighting to expel the jihadists from the pocket around Abu Husn.

The coalition has repeatedly said it does its utmost to prevent civilian casualties.

ISIS overran large swathes of Syria and neighboring Iraq in 2014, proclaiming a “caliphate” in land it controlled.

But the jihadist group has since lost most of it to various offensives in both countries.

In Syria, the group has seen its presence reduced to parts of the vast Badia desert and the pocket in Deir Ezzor.

The coalition has since 2014 acknowledged direct responsibility for over 1,100 civilian deaths in Syria and Iraq, but rights groups put the number killed much higher. – Rappler.com