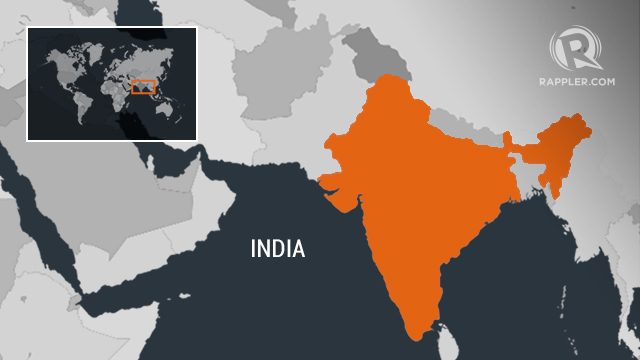 AMRITSAR, India (UPDATED) – Three people were killed in a grenade attack on a prayer congregation in India’s Punjab on Sunday, November 18 which left some 20 others injured, police said.

Around 250 followers of the Nirankari spiritual group, who are considered heretics by most Sikhs, had gathered for morning prayers in Amritsar district when two men arrived and threw the explosive at them.

The attack triggered a security alert across the state as it gears up for a major Sikh festival.

A witness said the attackers were wearing white and had covered themselves in shawls.

“Someone threw an object which flew past my neck. The explosion happened immediately,” the witness told News18 network.

“Everyone started running. There was a lot of smoke.”

Nirankari followers are at odds with mainstream Sikhs who dominate in Punjab.

Unlike most Sikhs, Nirankaris accept the authority of a living guru (spiritual guide).

Its members also differ from other Sikhs in their disapproval of the militant brotherhood of the Khalsa.

Punjab is gearing up for the big Guru Nanak Prakash Diwas festival on Friday.

Chief Minister Amarinder Singh condemned Sunday’s attack and announced compensation of 500,000 rupees ($6,965) each to the families of the victims.

“I appeal to the people of Punjab to maintain peace in wake of Amritsar bomb blast… We will not let the forces of terror destroy our hard earned peace,” he said on Twitter.

Punjab, which was divided between India and Pakistan when they split after independence in 1947, has a history of sectarian and separatist violence.

In 1984, the Indian military launched an assault on the Golden Temple in Amritsar aimed at flushing out militants inside who were demanding an independent Sikh homeland.

The Sikh community was enraged by what it felt was desecration of the revered shrine. Later that year Prime Minister Indira Gandhi was shot dead by her Sikh bodyguards.

The assassination triggered anti-Sikh riots in which some 3,000 people were killed, many on the streets of New Delhi. – Rappler.com