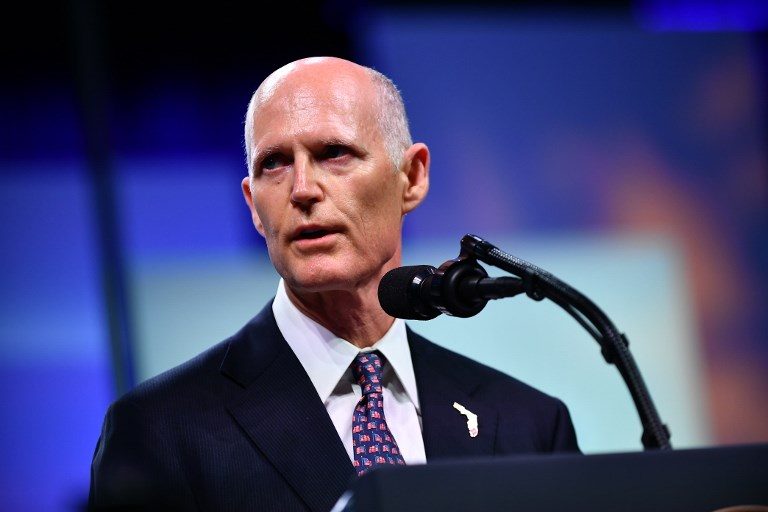 Nelson conceded the seat he has held for three terms since 2001 after a machine and hand recount showed Scott had edged out the Democrat by just over 10,000 votes, or 50.05% to 49.93%, official final results showed.

“Well, things worked out a little differently than Grace and I had hoped,” Nelson said in a video message posted on social media.

“It has been a rewarding journey as well as a very humbling experience. I was not victorious in this race, but I still wish to strongly reaffirm the cause for which we fought. A public office is a public trust.”

He warned of a “gathering darkness” in current US politics.

That race had also gone to a recount.

And Stacey Abrams, who aimed to become America’s first black woman governor, said Friday she will not win her race to lead the state of Georgia, while still accusing her Republican rival Brian Kemp of voter suppression.

President Donald Trump has repeatedly charged that Florida’s elections were marred by vote fraud, but state and local authorities have said there is no evidence of wrongdoing.

Scott received warm congratulations from the American leader after his win.

“From day one Rick Scott never wavered. He was a great Governor and will be even a greater Senator in representing the People of Florida,” Trump tweeted.

“Congratulations to Rick on having waged such a courageous and successful campaign!”

Scott, who governed Florida for 8 years, called for unity.

“We must do what Americans have always done: come together for the good of our state and our country,” he wrote on his Facebook page.

“My focus will not be on looking backward, but on doing exactly what I ran on: Making Washington Work.” – Rappler.com