At least 40 killed in suicide attack on Kabul religious gathering 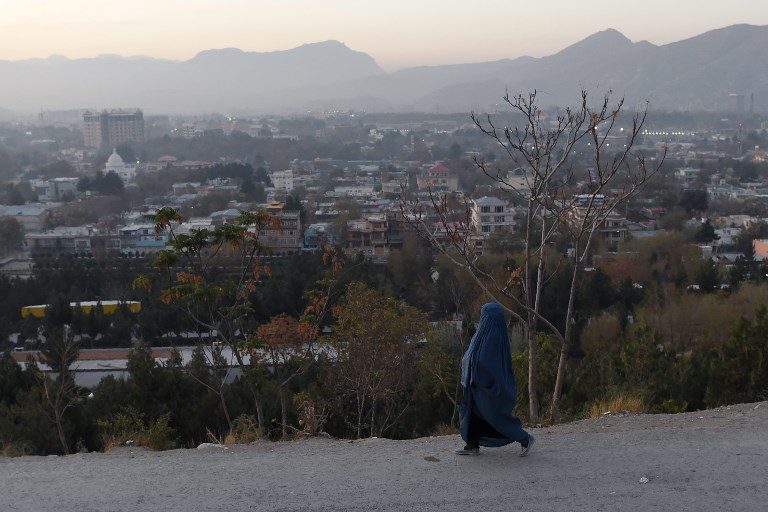 KABUL, Afghanistan – At least 40 people were killed in an explosion at a meeting of top clerics in Kabul on Tuesday, November 20, officials said, in one of the deadliest attacks to strike the Afghan capital in months.

It follows a wave of violence across war-torn Afghanistan in recent weeks that has killed hundreds of people as militants step up attacks.

Another 60 people were wounded in the blast, health ministry spokesman Wahid Majroh said, which targeted a gathering of religious leaders, including members of the Ulema Council, at a wedding hall to mark the Prophet Mohammad’s birthday.

“The suicide bomber detonated himself inside the hall during a ceremony by religious schola,” Kabul police spokesman Basir Mujahid said, confirming the casualty toll.

Interior ministry spokesman Najib Danish said the number of dead or wounded was “more than 50” so far.

A manager of Uranus Wedding Palace, which also hosts political and religious functions, told AFP a suicide bomber blew himself up in the middle of the gathering of religious scholars.

“There are a lot of casualties – I myself have counted 30 casualties,” he told AFP on the condition of anonymity.

There was no immediate claim of responsibility for the blast, but the Islamic State group has claimed most recent suicide attacks in Kabul, which has become the deadliest place in the country for civilians.

It is the bloodiest assault in the Afghan capital since a twin bomb attack on a wrestling club in September that killed at least 26 people.

Last month’s parliamentary elections sparked a wave of deadly violence across the country, with hundreds killed or wounded in poll-related attacks.

It is not the first time that religious scholars have been targeted by militants in the deeply religious country.

In June a suicide bomber struck near a gathering of clerics in Kabul, about an hour after the group had proclaimed such attacks a sin.

The latest attack comes as the Taliban intensifies pressure on Afghan security forces, even as the international community ramps up efforts to convince the group to engage in peace talks.

US envoy Zalmay Khalilzad expressed hopes in Kabul on Sunday that a peace deal to end the 17-year war could be struck before the Afghan presidential election, scheduled for April.

His comments underscore an apparent increasing sense of urgency in the White House and among American diplomats for a peace deal to be done quickly. – Rappler.com