Nov 24, 2018 11:02 AM PHT
Agence France-Presse
Facebook Twitter Copy URL
Copied
Juan Antonio Hernandez is arrested after his brother, Honduran President Juan Orlando Hernandez, declared that 'no one is above the law' 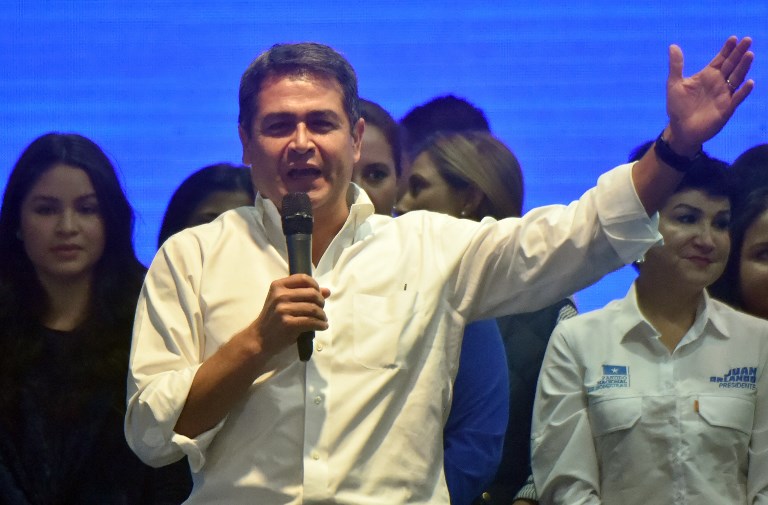 Honduran authorities released a statement saying the arrest in Miami was consistent with the president’s declaration last month that “no one is above the law” and came after persistent rumors of Antonio Hernandez’s involvement in narcotics.

The former head of the Los Cachiros cartel Devis Leonel Rivera Maradiaga had testified to a court in New York in 2017 that he had bribed the president’s brother when he was a lawmaker, in exchange for his assistance to the traffickers.

Maradiaga had also testified against Fabio Lobo, son of former Honduran President Porfirio Lobo, who was sentenced to 24 years in prison for collaborating with the Los Cachiros cartel.

In his testimony, he had explained how the Los Cachiros had set up an intermediary company which it used to conduct business with the government, and which served to launder its trafficking profits.

The Los Cachiros cartel was responsible for moving tons of cocaine in to the United States before being dismantled by the Drug Enforcement Administration.

Antonio Hernandez was previously accused of being involved in the drug trade in 2016 by former Honduran soldier Santos Rodriguez.

Rodriguez also accused Antonio Hernandez of being an accomplice to a plot to kill the US ambassador to Honduras. He denied all charges. – Rappler.com