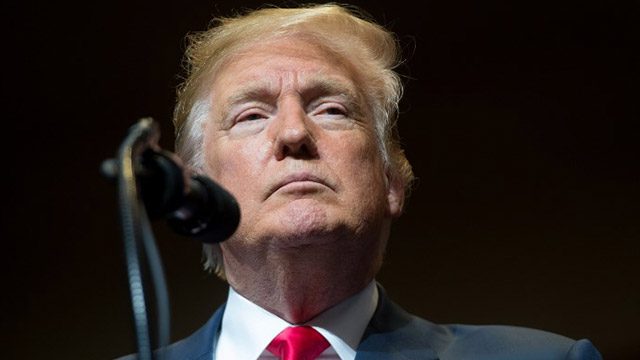 BUENOS AIRES, Argentina – US President Donald Trump’s G20 summit got off to a rocky start Friday, November 30, with new allegations of hidden links to Russia overshadowing what he had hoped would be a triumphant burst of trade diplomacy.

Trump was all smiles at talks with his Argentinian host, President Mauricio Macri, to kick off two days of meetings in Buenos Aires.

Calling Macri “very handsome” and recalling that he had once done business with his father in a New York real estate development, Trump did his best to look upbeat.

He was to attend the signing of the USMCA free trade partnership with Mexico and Canada – a new version of the old NAFTA deal that Trump has sold as one of the biggest achievements of his presidency.

But trouble back home dogged the president from the outset, prompting him to begin his day with furious early morning tweets aimed at the explosive Russia collusion probe.

Until now, the probe’s focus has been on the alleged links between Trump’s 2016 presidential campaign and Russian agents helping to disrupt his Democratic opponent Hillary Clinton.

Trump has always denied any collusion, insisting there is no proof to back the accusations about meetings with shadowy Russians, hacked emails and even an alleged blackmail dossier against him.

But the heat has risen with investigators homing in on the sensitive territory of Trump’s business empire and specifically his exploration of a property deal in Russia close to the time that he was seeking the presidency.

“Oh, I get it! I am a very good developer, happily living my life, when I see our Country going in the wrong direction (to put it mildly),” Trump tweeted Friday.

“Against all odds, I decide to run for President & continue to run my business-very legal & very cool, talked about it on the campaign trail,” he said.

“Lightly looked at doing a building somewhere in Russia,” the Republican leader continued. “Put up zero money, zero guarantees and didn’t do the project. Witch Hunt!”

The tweets followed a guilty plea entered by Trump’s ex-lawyer Michael Cohen on Thursday, where he admitted to lying to Congress about Trump’s proposed – but ultimately shelved – plan for a Trump Tower in Moscow.

Cohen, who once said he would take a bullet for the Republican billionaire, but who has now turned into a star witness for prosecutors, said he lied when he testified that Trump’s project was dropped in January 2016 – well before Trump was the official Republican candidate.

In fact, Cohen now says, the project was discussed multiple times within the company beyond January 2016. Efforts to obtain Russian governmental approval were still being discussed as late as June of that year, he said.

Cohen also mulled traveling to Russia in connection with the project and in May 2016 was offered a possible introduction to either the Russian president or prime minister on the sidelines of a Russian forum in June 2016, he said.

The new developments complicate the legal landscape for Trump as he continues to deny having any particular ties to Russia, let alone being under Moscow’s influence – as some critics allege.

Before leaving for the G20, Trump called Cohen “weak” and said “he is lying about a project that everybody knew about.”

Trump had been due to meet separately with Russian President Vladimir Putin in Buenos Aires, but cancelled as he was flying from Washington, citing tensions over Russia’s seizure of three Ukrainian ships and their crews. – Rappler.com