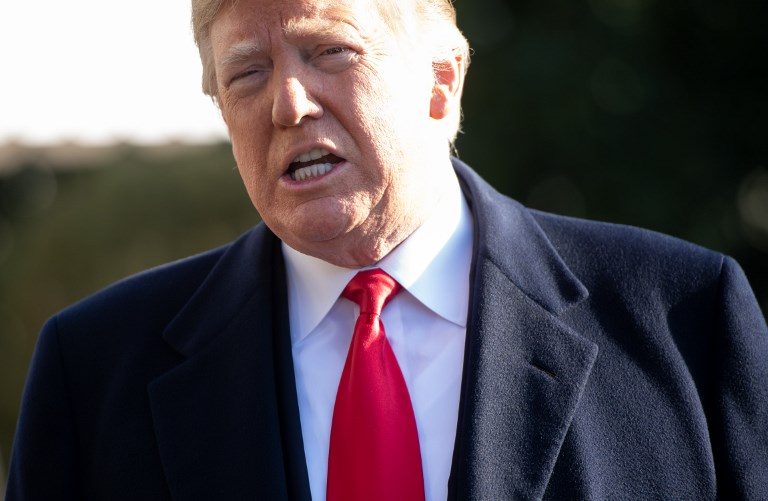 WASHINGTON, DC, USA (UPDATED) – President Donald Trump on Friday, December 7, tapped William Barr, a conservative lawyer who was attorney general in the administration of the late George H.W. Bush, to lead the US Department of Justice.

Barr would succeed Jeff Sessions, who Trump forced to resign last month amid rising pressure on the White House from the Russia collusion investigation of Special Counsel Robert Mueller.

“Bill Barr will be nominated for the United states Attorney General position. I think he will serve with great distinction,” Trump told reporters.

“He was my first choice from day one. Respected by Republicans and respected by Democrats,” he added, describing Barr as “a terrific man, a terrific person, a brilliant man.”

Barr has a record of supporting strong executive powers, which could play into high-stakes legal battles on everything from immigration policy to war powers to whether the president can be required to give testimony in the Russia investigation.

While Barr initially expressed support for Mueller’s naming as an independent prosecutor to lead the Russia investigation, he subsequently voiced concerns that Mueller’s investigative team appeared too heavily Democratic, citing the fact a number of his prosecutors had donated to the party.

Trump’s naming of Barr came after he unleashed a new series of attacks on the special counsel and his team, with the prosecutor expected to release documents that could shed new light in the Russia probe.

Repeating his regular dismissal of the probe as a “total witch hunt,” Trump once again accused Mueller of political bias in an early morning tweetstorm alleging that the prosecutor had coerced false testimony from witnesses.

While he led major initiatives of the Trump administration to crack down on crime and illegal immigration, Sessions had angered the president early on when he recused himself from overseeing the Mueller probe because of his own contacts with Russians.

His recusal had effectively created insulation between Mueller and the White House – a barrier that would no longer exist once Barr is approved by the Senate, probably next month.

Barr, who spent most of the last 25 years as a corporate attorney in the telecommunications sector, will have to be approved by the Senate, and a nomination hearing would probably not take place until January.

Republicans gave strong backing, with Senator Lindsey Graham saying he is “highly capable, highly respected and will provide new and much-needed leadership for the Department of Justice.”

But Democrats indicated they will demand he pledge not to interfere with the Mueller investigation.

“Barr must firmly commit to protect the special counsel, operate independently of the WH (White House), & uphold the rule of law. The Senate must scrutinize this nominee,” said Democratic Senator Richard Blumenthal in a tweet.– Rappler.com