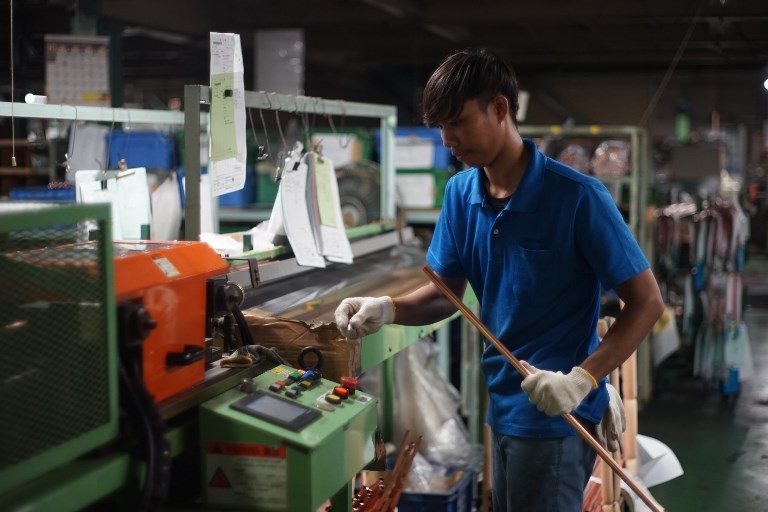 Facebook Twitter Copy URL
Copied
Opposition parties raise questions about the law, claiming that it fails to consider its potential impact on Japanese society and does not protect foreign workers' rights

The bill was enacted after the upper house gave approval despite a raft of criticism by opposition parties following its passage through the lower house in late November. Both chambers are controlled by Abe’s ruling camp.

Under the new system, the government plans to bring in as many as 345,000 foreign workers in construction, food services, nursing and other designated sectors for 5 years.

“We aim at starting it in April next year because we need to swiftly launch the new system in order to deal with the current labor shortage,” Abe told parliament on Thursday.

But opposition parties claimed that the law fails to address the potential impact on Japanese society of new foreign labor, and does not protect foreign workers’ rights. (READ: Japan to accept 50,000 workers from PH under new hiring rules)

In a bid to block its passage, opposition parties submitted censure motions against Abe and Justice Minister Takashi Yamashita, but they were easily rejected by the ruling bloc.

The law allows foreign nationals with skills in sectors facing particularly severe shortages to obtain 5-year visas, which would not allow them to bring their families.

Foreign workers in those fields who hold stronger qualifications and pass a more difficult Japanese language test will be able to obtain a visa that can be extended indefinitely, eventually leading to residency, and will be able to bring over family.

But there have been questions about whether an influx of foreign workers will depress wages, how the workers will be incorporated into Japan’s social security system, and worries about exploitation of migrant labor.

Many of Japan’s low-skilled foreign workers are in the country under a so-called “technical training” programme, which has repeatedly faced allegations of abuse.

“We should not create a new system hastily without reviewing the technical training programme in which problems are mounting,” Yoshifu Arita, an opposition lawmaker, told parliament.

Businesses have long lobbied for looser immigration rules, saying they struggle to find workers in a country where unemployment hovers around 2.5%.

The chronic labor shortages are only worsening as Japan’s ageing and shrinking population means a declining pool of workers. – Rappler.com