Thai junta lifts ban on political campaigning ahead of 2019 elections

Dec 11, 2018 2:21 PM PHT
Rappler.com
Facebook Twitter Copy URL
Copied
One of the military's first acts after seizing power in May 2014 was to outlaw political activity of all kinds. The ban is officially lifted on Tuesday, December 11. 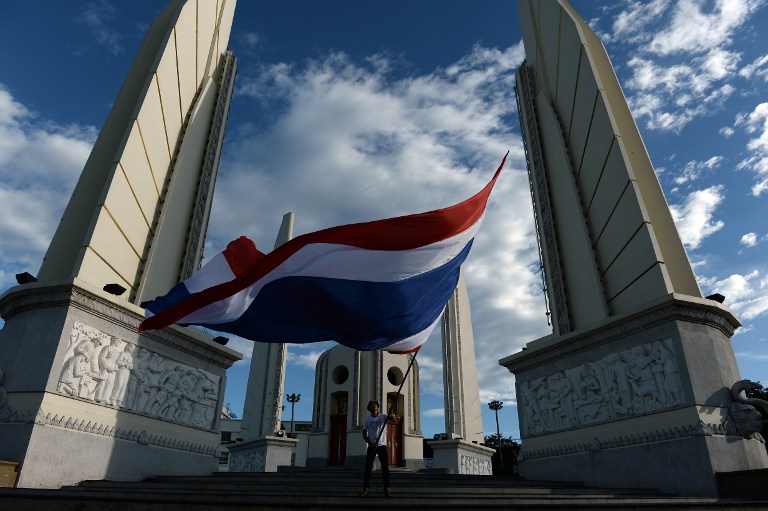 BANGKOK, Thailand – Thailand’s junta has lifted a ban on political campaigning ahead of 2019 elections, an order published by the Royal Gazette said Tuesday, December 11, more than 4 years after it was introduced following the kingdom’s latest coup.

One of the military’s first acts after seizing power in May 2014 was to outlaw political activity of all kinds as it headed off opposition in a country notorious for its rowdy – and often deadly – street politics.

But the ban was officially lifted on Tuesday, with a return to polls slated for February 24.

“Political parties should be able to campaign to present their policies,” an order in palace mouthpiece the Royal Gazette said.

The junta “has decided to amend or abolish the laws” which could inhibit campaigns before elections.

Tuesday’s order opens the way raises the prospect of a return to street rallies that have defined much of the turbulent last decade of Thai politics.

But police will need to be informed of any political gatherings.

The election date has repeatedly slipped, allowing the junta to carve out its own political party and woo defectors from its rivals including Pheu Thai, Thailand’s biggest party which it dumped from office with its coup.

The party is loyal to Yingluck Shinawatra, premier until shortly before the coup, and her older brother the billionaire Thaksin.

The siblings both live in self-exile to avoid jail over convictions in Thailand.

Parties loyal to the Shinawatra clan have won every Thai general election since 2001.

But this time the junta has moved decisively to ensure Shinawatra-aligned parties can not win big at polls, critics say, driving through a new charter which dilutes the influence of big political parties and introduces a fully appointed upper house.

Junta leader Prayut Chan-O-Cha has repeatedly insisted that he has no interest in politics.

But he has spent the last few months crisscrossing the country offering economic handouts and building alliances with local politicos.

In recent months, the gruff former general has been showcasing a softer side through public appearances and photo opportunities. – Rappler.com