IN PHOTOS: Death and destruction in Indonesia MANILA, Philippines – Over 200 have died and at least a thousand people have been injured after a tsunami slammed without warning the beaches around Indonesia’s Sunda Strait.

The tsunami struck the coast of southern Sumatra and the western tip of Java on Saturday night, December 22, after a volcano known as the “child” of Krakatoa erupted, according to Indonesia’s national disaster agency.

The destructive wave left a trail of uprooted trees and debris strewn across beaches. A tangled mess of corrugated steel roofing, timber, and rubble were dragged inland at Carita beach, a popular spot for day-trippers on the west coast of Java. (READ: Shocking video shows tsunami rip through stage as band performs). 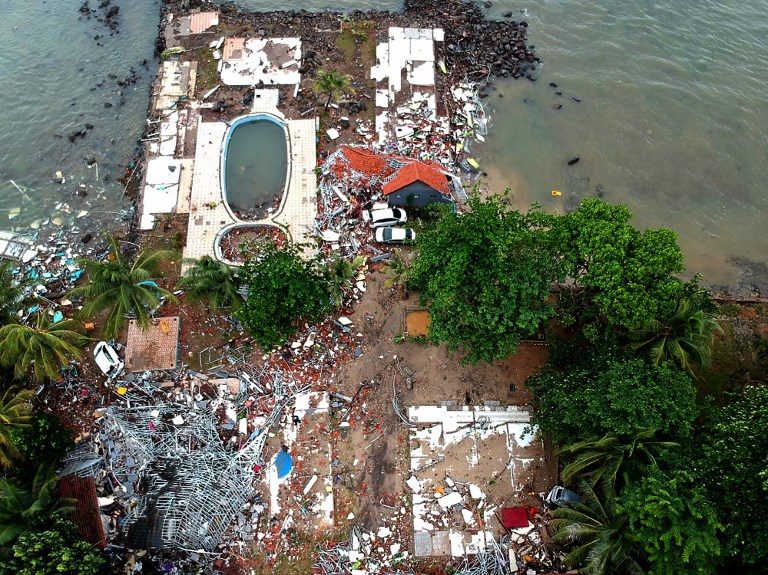 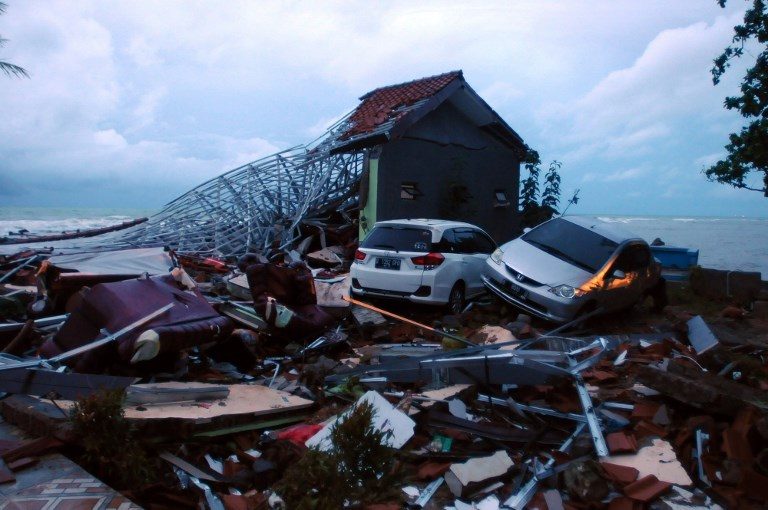 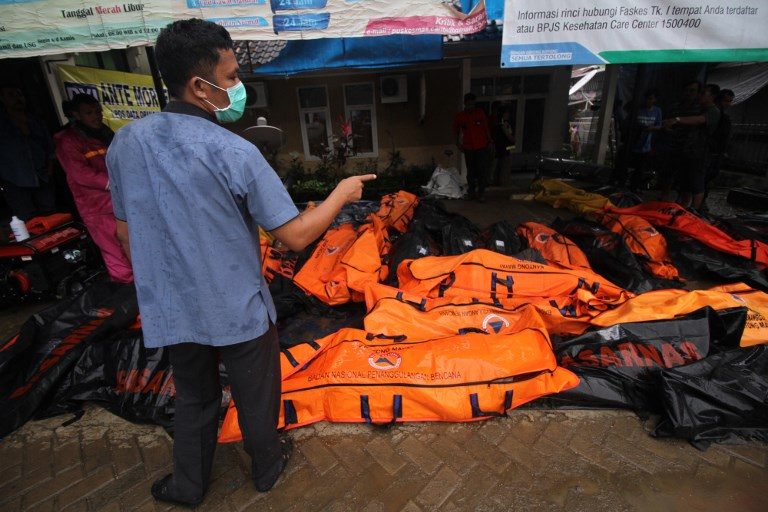 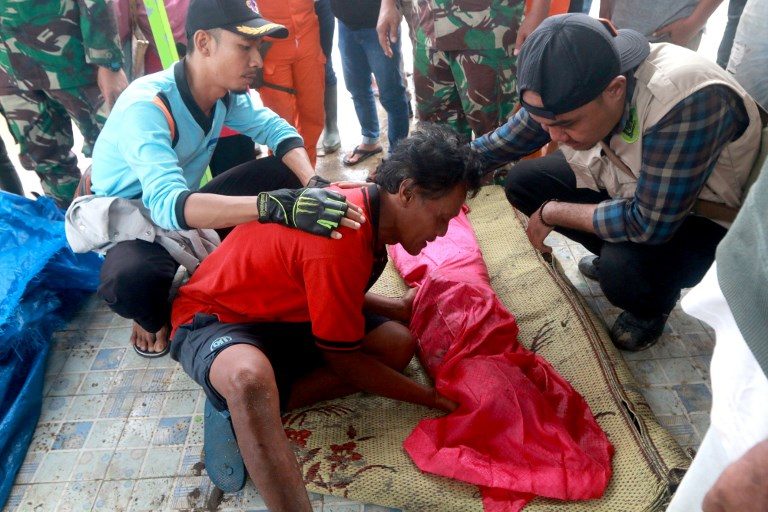 Just recently in the city of Palu on Sulawesi island a quake and tsunami in September killed thousands of people.

On December 26, 2004 a tsunami triggered by a magnitude 9.3 undersea earthquake off the coast of Sumatra in western Indonesia killed 220,000 people in countries around the Indian Ocean, including 168,000 in Indonesia. – Rappler.com