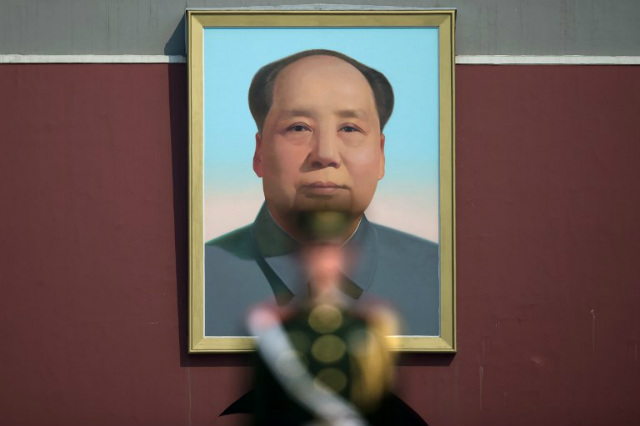 A student eyewitness told Agence France-Presse that Qiu Zhanxuan, the head of Peking University’s Marxist society, was forced into a black car by 7 or 8 plain-clothes officers near the subway station outside the university’s east gate.

Qiu was “screaming and resisting arrest,” the student said, declining to be named due to the sensitive nature of the issue. “I heard him say I am Qiu Zhanxuan… I did not break the law. Why are you taking me away? What are you doing?”

Peking University and the Ministry of Public Security did not respond to requests for comment.

Considered China’s most prestigious university, Peking University has a history of student activism with its alumni playing a key role in the pro-democracy Tiananmen protests in 1989.

But campus activism has been quashed under President Xi Jinping.

In August, a police raid swept up student activists at several universities, beating some of them and confiscating their phones for supporting a labour rights movement.

The Jasic Workers Solidarity group rose to prominence this summer when student activists backed its efforts to form a workers’ union at Jasic Technology, a welding machinery company in southern Guangdong province.

In April, Peking University faculty tried to silence another student, Yue Xin, who co-authored a petition demanding details of a sexual abuse case at the school.

“I believe it’s ridiculous. Is there anything wrong with commemorating Mao?” the eyewitness, also a member of the campus Marxist society, said.

“The faculty has always prevented activities by the Marxist society… It’s difficult to spread information, posts on online campus bulletin boards would be deleted and WeChat (messaging) accounts would be blocked… Information about the arrest was strictly blocked by the school.”

The Communist party in recent years has tried to distance itself from the legacy of Mao. Once hailed as China’s “great helmsman,” there were no official events to mark his 125th birth anniversary Wednesday.

Another group of students, who travelled to Mao’s home village Shaoshan in central China’s Hunan province, posted a video of them singing revolutionary songs on social media. – Rappler.com