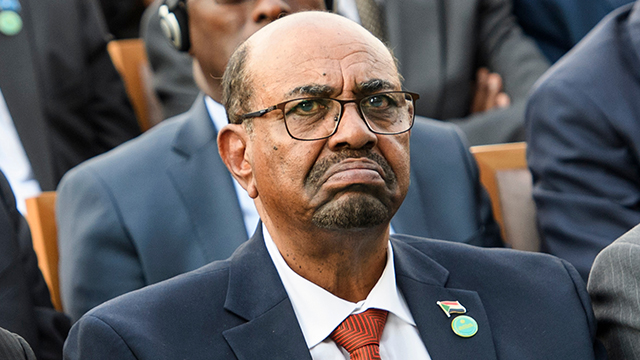 KHARTOUM, Sudan (UPDATED) – Police fired tear gas at protesters in Sudan’s capital on Monday, December 31, ahead of a planned march on President Omar al-Bashir’s palace calling on him to “step down” following deadly anti-government protests.

Crowds of men and women chanting “freedom, peace and justice” and “revolution is the people’s choice” gathered in downtown Khartoum, but they were quickly confronted by anti-riot police, witnesses told AFP.

Hundreds of policemen and security forces deployed to key squares across the capital in the early morning to prevent the march.

Bashir has told police to abstain from using excessive force against the demonstrators after 19 people, including two security personnel, were killed in clashes in the initial days of demonstrations that erupted on December 19.

Angry protesters took the streets after the government raised the price of a loaf of bread from one Sudanese pound to 3 (from about two to 6 US cents).

Monday’s march was called for by a group of professionals including doctors, teachers and engineers, after it organised a similar rally on December 25.

“We will march towards the presidential palace calling for President Omar al-Bashir to step down,” the Sudanese Professionals’ Association said in a statement late Sunday.

On Sunday, Bashir met top police officers in Khartoum and instructed them to refrain from using excessive force against demonstrators after the United Nations called for an investigation into the deaths and violence during the demonstrations.

“We want to maintain security and we want the police to do that by using less force,” Bashir said.

“We admit that we have economic problems… but they can’t be solved by destructions, lootings, and thefts,” Bashir said, referring to the buildings and offices of the president’s ruling party torched by protesters in several cities during the demonstrations.

Inflation is running at 70% and the Sudanese pound has plunged in value, while shortages of bread and fuel have regularly hit several cities.

UN Secretary-General Antonio Guterres has appealed “for calm and restraint” and called on “the authorities to conduct a thorough investigation into the deaths and violence”.– Rappler.com